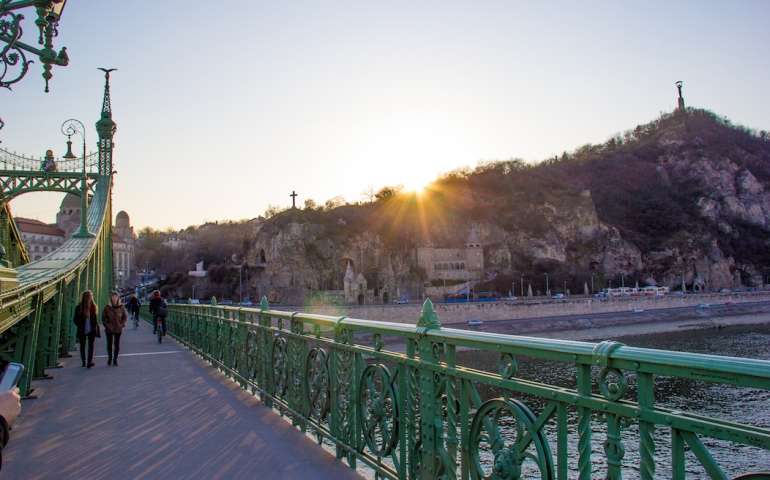 The Psychology Department sponsored their own Spring Break trip to Vienna, Austria, with students and teachers alike. One might think, “What’s traveling to a different country like, what’s Vienna like, what’d you guys do?” It’s a good thing that there were students who were interviewed to answer these exact questions.

Vienna is a beautiful city in Austria, home to Alfred Adler who was the founder of individual psychology, the theory of birth order and the famous inferiority complex. Vienna is also home to many wondrous and beautiful works of art and old world architecture. It may be an amazing city, but it takes over 15 hours to get there, and how was the flight over there, you ask.
Some of the people when asked about how their first day went commented:

“It was rough, we were all transitioning. We were running on two hours of sleep, but we saw several incredible Viennese monuments. Overall it was a really good day.” –Alina Scott

“The first day getting there I was absolutely exhausted from flying all night. Even though we flew all night, I was ready to start the adventure.” – Jared Seitz

“Let’s see, we flew in to Vienna from Frankfurt, We got there at nine in the morning, and we did the sight-seeing and exchanged money. We really tried to stay awake because of jet lag.” –Baker Pitts

Of course, jet lag is to be expected anytime you travel somewhere, especially if you’re going to another country. Although the flight was exhausting, that was only part of the trip. For the most part, they went in and around the city, exploring and learning about the culture and the arts.

When asked about their favorite part of the trip, some of the students replied:

“We went to Salzburg, which was two hours outside of Vienna. It was where The Sound of Music was filmed; we got to visit a castle that was several hundred years old, and we walked around the Viennese Alps. The view was stunning, and it was such an honor to experience such a real part of world history.” –Alina Scott

“I would say just the amount of history that was in everything. Everything was just really old.” –Baker Pitts

From everyone that was interviewed, no one dislike it; not a single person didn’t have fun. Even during the hard parts, it was still enjoyable. There were lessons learned and relationships were deepened. The time they spent in Mauthausen, while difficult, was worthwhile and filled with wisdom enriched moments.

When asked to describe their trip in one sentence, our interviewees responded:

“It was an incredible learning opportunity, we got to experience a beautiful culture with a rich history, as well as have the time of our lives being totally out of place.” –Alina Scott
“Best adventure I’ve ever been on.” –Jared Seitz

It seems like this was an awesome trip to go on. Each one of our students when asked if they would spend that amount of money on that kind of trip again unanimously said yes. Not one of the participants disliked the trip. It’s nice to read about a place in a book or hear people speak about it. Though, the joy of experiencing it first hand is unparalleled and should never be missed if the opportunity presents itself.
[author image=”http://echo.snu.edu/wp-content/uploads/2015/01/IMG_6205.jpg” ]Danny Smith, Staff Contributor
Danny was born and raised in Shreveport, Louisiana and has a major in Elementary Education and a minor in Multi-Cultural Studies. He enjoys sleeping, trying new foods, listening to his records, and most importantly, taking naps. He hopes to one day teach elementary school children over seas.[/author]