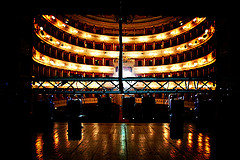 The Echo was given the privilege of getting a sneak peak of The Tonight Show. Here we have some short descriptions of the acts we saw that will either split your sides or leave you awed.

Note: Not all acts are listed, some were not witnessed and others are being kept secret for the show.

What would one of the most iconic Star Wars scenes sound like if it had been written a few hundred years earlier?

Hilarious. Prepare to have your favorite songs “performed” by your new favorite artists. They may not be singing the song, but there is so much more to a song than sound.

A showcase of skill of classical and modern songs put to dance. Be ready to be awed.

Being an angel is probably difficult. Being a shoulder angel is harder. Imagine being one for a group of prospective robbers.

All the classical dances performed by fathers over the ages with the sole purpose of embarrassing their daughters. But now the tables are turned.

A recreation of the Disney band. Tons of energy and stunts. Be ready to be wowed.