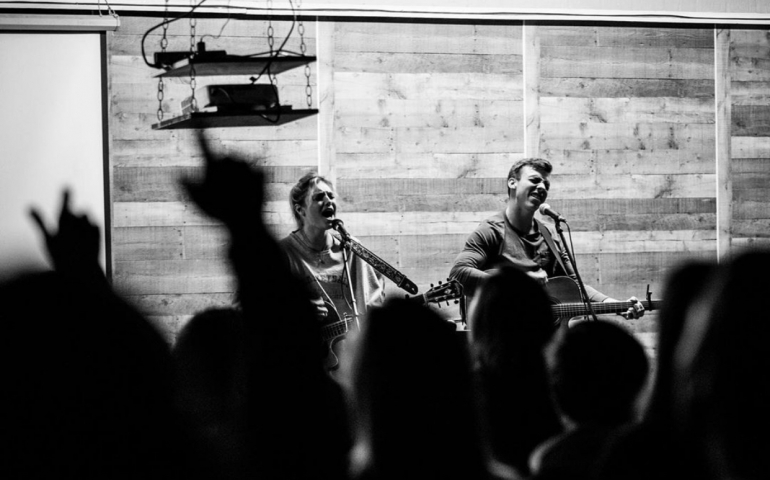 On Friday, Feb. 21, Southern Nazarene University (SNU) held its annual Spiritual Life Retreat. This retreat was a weekend getaway that allowed students to unplug, relax, connect with others and be refreshed. It is important to take a break from the business of life and focus on what God has for you. That is exactly what this event was for.

This retreat took place at Oak Ridge Campground in Anadarko, Okla. It kicked off at 6:30 p.m. and was followed by dinner at 7:30 p.m. Then there was a service that night. The speaker was Ali Gentry from Phoenix, Arizona, and she did a phenomenal job. The theme of her messages was unity and connection with the church, the body of Christ. Students really connected with her and enjoyed her inspiring messages.

There was also a time of worship, led by Kaleb Dye and Morgan White. After the service, everyone enjoyed staying up late and hanging out, eating snacks and playing games. The next day consisted of breakfast, a morning service and a group photo. Students also wrote and exchanged encouraging and positive notes with one another and placed them in individual paper bags.

Bailey Spindle, a freshman at SNU, attended Spiritual Life Retreat and absolutely loved it. She said, “It was a good break from just being on campus… sometimes it’s just good to get away. I feel like the community grew together in a new way.” She said that her favorite part about the retreat was Ali, the speaker. Spindle said, “She was just awesome. I feel like everything she said was powerful, and the Lord was speaking through her to all of us.”

One thing that really impacted her was when Ali said, “Preaching is logic set on fire.” Spindle said, “It was the Lord calling me to preach,” which is so amazing. Spindle would definitely recommend this retreat to others, because “it’s always good to step back and learn to rest. It’s important to do that in community as well”

Noah Terry, a junior at SNU, also enjoyed the Spiritual Life Retreat. He said, “I love being in community with people and a part of a community striving towards one goal—a kingdom-minded community.” His favorite part was exchanging the notes at the end. He said, “I really enjoyed getting letters from one another… knowing that someone cares for you through their kind words written down.”

Something that Noah learned and took with him from this retreat was, he said, “The fact that authenticity is contagious and that we should strive towards living out authentic lives.” Noah would recommend this retreat to others, “so that others can worship with like-minded, kingdom-minded people, while we have the chance to be a part of this incredible community that we live and learn in.” Spiritual Life Retreat is a great opportunity to connect closer to God and others.