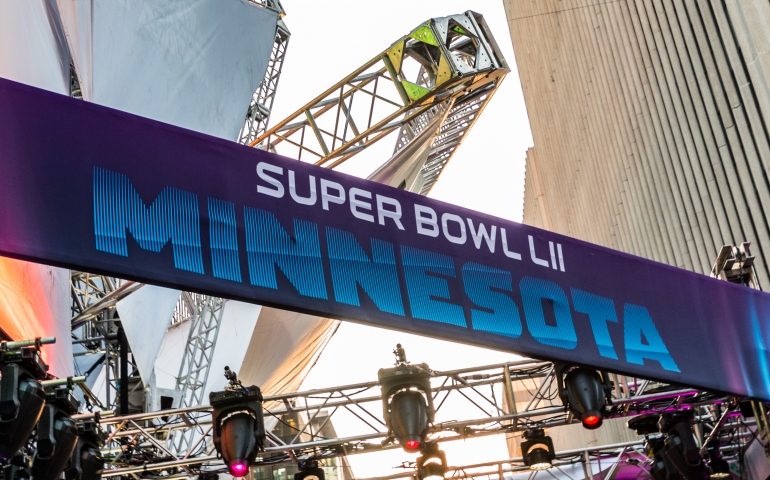 February 4th was one of the most anticipated days of the year: the Super Bowl. With approximately 103.4 million viewers, Super Bowl LII showed the New England Patriots face off against the Philadelphia Eagles. Spoiler Alert: the Eagles won.

As one of the viewers of the Super Bowl, I enjoy watching the commercials each year as they are said to be the best and biggest commercials, so I set out to see how many other people watch the Super Bowl just for the commercials or who actually watches for the football game. I asked a few professors of mine to send out a survey to their students to see what the results on campus would be.

I also decided to contact a few of the people that had taken the survey for me to see why they chose one or the other. Hannah Cantwell, a senior at SNU, responded with, “I’m always anxious to watch the Super Bowl each year for the commercials and see what brands are competing for air time. This year I really enjoyed the Tide series… Although a lot of people found them to be obnoxious, it was a great plan for Tide because now it’s on everyone’s mind.”

Another person I caught up with about the survey was sophomore Bethany Spindle, who was also on the side of watching it for the commercials. Bethany replied with, “I usually watch the Super Bowl for the commercials, halftime and food. I am a college football fan, not so much an NFL fan, so I don’t have much interest in who is playing the game. I do, however, love spending time with other people while watching the last football game of the season.”

With both people, I had gotten a quote from being on the same side, so I set out to find someone that I knew watched it for the football. Talking to SNU Alumni, Connor Whitson, I asked him what he thought about the game this year. He countered with, “Although it didn’t quite match up to the theatrics of last year’s game, it was still entertaining super bowl that went right down to the wire. The perennial underdog versus the established dynasty. It was definitely a fun game to watch for neutral fans.”

So as you can see, most people watched the Super Bowl for the actual football game, despite the amount of money put into the commercials.