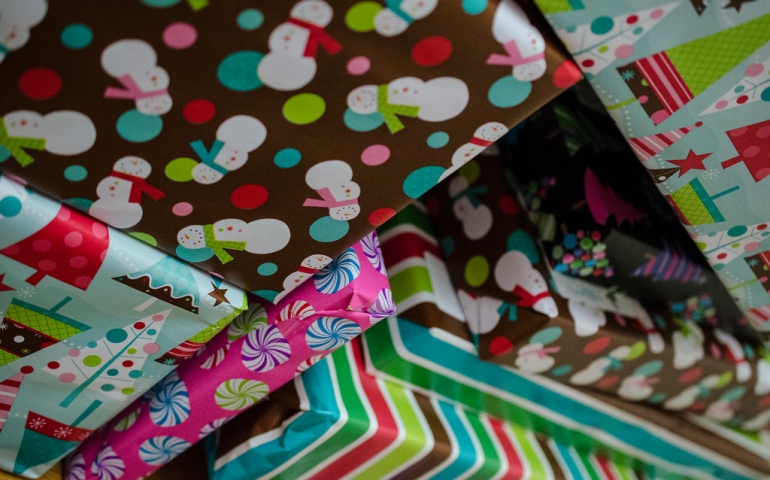 As children, I’m sure many of us woke up early on Christmas morning eagerly anticipating the unwrapping of gifts. Some of us probably waited for hours by the tree, and others probably rushed to our parents’ bedrooms and woke them up so the gift opening could commence. And let’s be honest, some of us still want to wake up our parents early for our gifts, even though we are technically considered “adults.” But have you ever had that frightening moment of unwrapping a gift that you’ve waited for all year only to find it is anything but wonderful? For several sophomore women on campus, this is exactly what happened to them or their family members.

“My grandma thought she would be nice to my sister and get her something for her doll collection when we were younger,” said Hannah Bean. “She decided to get her a clown statue.”

Little did her grandma know how Bean’s sister feels about clowns.

“My sister is terrified of clowns, so naturally that gift did not go over very well with her,” said Bean. “She was horrified when she opened the gift.”

Unlike Bean, Arielle Ricksecker has had personal experience with unusual Christmas gifts. She has three brothers and grew up as a self-proclaimed tomboy, much to the protest of her parents. When it came time for the Christmas season one year, her parents decided to devise an intervention.

“I had to unwrap this long box,” said Ricksecker. “My parents were really excited for me to open it, and I was too. Until I found a pink Christmas tree inside.”

To make things worse, the tree came with girly-girl ornaments.

“The ornaments read “shop” and “diva.” There were some butterfly-shaped ones as well,” said Ricksecker. “I had told them I hated the color pink several times, and I only wore it on rare occasions. I really don’t know why they thought the tree was a good idea in the first place.”

When asked why people give unusual gifts to people, Ricksecker said it’s mostly for enjoyment.

“Of course there are people who intentionally think that the gift they are giving will be cherished by the one they are giving it to,” said Ricksecker. “But I think there are a lot of instances where people want to get a laugh out of giving strange gifts to people. It’s part of the fun of the Christmas season.”

Remember, as the semester comes to a close and you are looking for good gifts to give for Christmas, think carefully before you buy. It might just prevent an awkward moment from happening between you and the person you are giving a present to.

Have you ever received any strange gifts? Comment on the article to let us know.