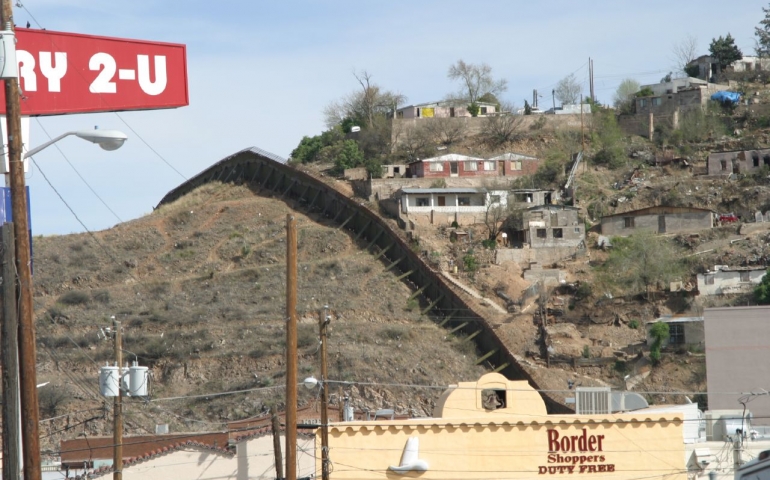 There are few things that can stick in our mind like a haunting melody accompanied by lyrics that pierce right to our soul. When singers and songwriters sing about controversial issues, their music has a way of transcending time and speaking to a multitude of generations. The immigration debate in America is one of these issues.

There are songs that I automatically think of when I hear the word immigration, and while I might not agree with the political stance being taken in some of the songs, it does not keep me from being able to appreciate the story that is being painted. Here are my top three immigration songs.

3. “Marguerita” (lyrics and music by Rebecca Loebe) Loebe, a resident of Austin, Texas, is just as much a storyteller as she is a lyricist. Her song, “Marguerita,” is based on a National Public Radio (NPR) news story that talked about a Spanish teacher from Florida that was flown to Iowa to translate for the Immigration and Naturalization Service (INS). Loebe’s take on U.S. immigration policy is deeply rooted in her folk style and throws off shades of Woody Guthrie and Joan Baez.

2. “Sierra Blanca Massacre” (lyrics and music by Joel Rafael) Rafael is a folk singer who is a San Diego native, but can be found every year as the headliner of the Woody Guthrie Festival in Okemah, Oklahoma. In his song “Sierra Blanca Massacre”, Rafael recounts the story of 18 illegal immigrants that were found dead in a boxcar on the Texas-Mexico border in the sweltering heat of July 1987. The smugglers had locked the boxcar from the outside, trapping 19 men inside. Only one man would leave that boxcar alive.

1. “Deportee” (written by Woody Guthrie with music by Martin Hoffman) It should come as no surprise that more than fifty years after his death, Woody Guthrie still has one of the most relevant immigration songs to date. Guthrie originally wrote the song as a poem in response to the January 28th, 1948, crash of a plane carrying migrant farm workers who were being deported from California to Mexico. Not everyone who was killed was identified, and there has been a resurgence in the past two years to identify all 28 of the migrant workers. The version below is performed by Woody Guthrie’s son, Arlo Guthrie.

These songs portray viewpoints on one of the most divisive topics to the American people, immigration. Whether you agree or disagree with the songs is not important. What is important is that three songs recorded over a sixty year span are still fostering serious discussion about immigration policies today. Did I forget a song about immigration that deserves to be mentioned? Let me know below in the comments section.

David is a self-proclaimed movie snob and social vagabond of the obscure. In his spare time he enjoys referencing books that no one has read and watching movies that no one understands. It is rumored that his beard once poured sugar into the gas tank of Chuck Norris’s car.[/author]