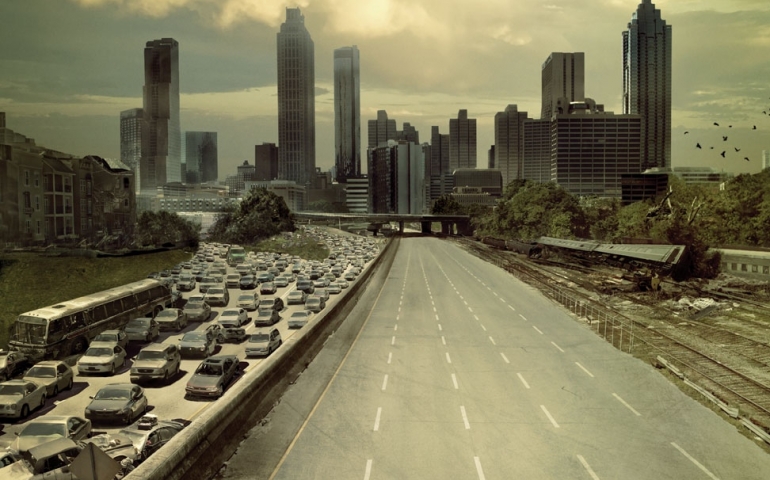 The spookiest time of the year is here, my friends. It is the season of ghost, ghouls, monsters, frights and of course… zombies! With shows like the “The Walking Dead” and movies like “Zombieland,” zombies are everywhere now. Fans of the genre can be found all around. Thankfully, at Southern Nazarene University there is a class just for those fans.

The Psychology of The Walking Dead course is taught by Drs. Paul Jones and Ron Wright. It is a general education class and is not exclusive to psychology majors. It is taken by a large mix of students who are looking to fill their critical thinking/problem solving credit.

Unlike many classes at Southern Nazarene, the course requires summer homework completion. Anyone who wants to take the course has to watch the entire series of “The Walking Dead” on AMC. With knowledge of the show a shared aspect between student and mentor, much of the awkwardness of being confused on topics related to the show disappears.

According to Professor Wright, they cover many topics relating to a zombie apocalypse. These are mostly group projects, such as how they will ration food, what supplies are most important and what constitutes as a serviceable base. They also cover various psychological issues surrounding the zombie-ruled world. When do we stop being human, when do we help those in need and when do we leave those people behind are just a small portion of the pressing questions that anyone would face in a terrible world like the one portrayed in “The Walking Dead.”

They also press on theological issues raised in a post-apocalyptic world. The main question asked is “How do we live for Jesus Christ in a world where he might not even matter?” That may be the most important question of the course, while the show, which has come to be known as one of the most hardcore television shows ever, is too afraid to ask it.

I went to observe an open class for the course and it was very fun. I had come to realize that on Mondays and Wednesdays they have regular lectures on the questions previously mentioned, and on Friday the class partakes in a “zombie lab.” This “lab” is often a game of some sort relating to a scenario in a “zombified” environment. The class actually takes place in Hatley Hall. Appropriately enough, as Hatley is run down and abandoned already, it is probably the most accurate representation of a building taken over by the undead.

The “lab” was an experiment in getting through an area occupied by zombies. Starting on the top floor of Hatley, groups of three to five people have to zig-zag through the abandoned halls of the dorm. The catch is that a group of twenty or thirty “zombies.” Their goal is to pull the bandanas of the “survivors” and turn them into “zombies.”

The “survivors’” only weapon is a “bomb,” which is really a wadded up pair of socks. These stun the zombies for ten seconds. The objective for the “survivors” is to make it back to the basement before the zombies catch them. This entire experiment was incredible to watch and it really made me believe that the building was infected.

The Walking Dead Class is incredibly interesting. While unknown how long the class will last, it is considered a success. Hopefully, this class lasts longer than the show.