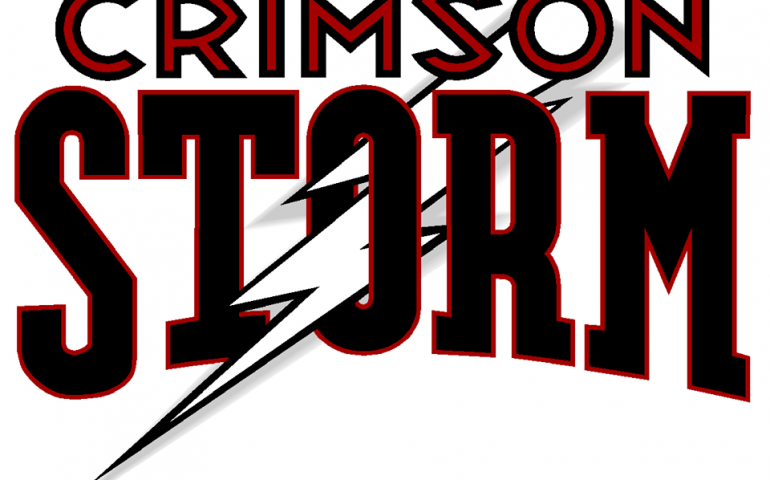 As life brings about constant change, people will come and go throughout one’s life. This change occurred this past week for the SNU Athletic Department. Former SNU Director of Athletics Communications, David Noblett moved on to another opportunity, and SNU hired James Hill to carry on the mission.

For the past eight years, the SNU Director of Athletics Communications, otherwise known as the Sports Information Director (SID), has been manned by David Noblett. During this timeframe, he and his staff have covered every SNU sporting event that has taken place. The position that Noblett held was vital to all SNU athletes, coaches and fans. This past week, that eight-year run came to an end as David Noblett made the choice to move on to another career path.

After graduating from Oklahoma Baptist University in 2006, Noblett gained experience in various jobs in a multitude of locations covering numerous sports prior to joining SNU in the 2010 – 2011 season.

When Noblett was asked about a favorite experience during his years as a SID, he recalled, “The 2009 NAIA Softball National Championship is probably the tops because I was on the radio call when we won the National Title.” During this period, Noblett worked for California Baptist who was playing against St. Gregory’s for the championship. Noblett further stated, “It was kind of just surreal for me. Here I am calling a game for the school I work at against my college rival.”

Life brings with it twist and turns, that continuously present new opportunities. Having been blessed with his marriage in November 2016 and a child on the way, priorities have changed for Noblett. When asked the reason for leaving the SNU SID position, Noblett stated that “God just presented an opportunity, and I just needed to be able to change some priorities.” He further stated, “Sports is such a big, huge part of my life. It’s just a different time and a different calling now, and God is just leading in a different direction.”

As the next chapter in David Noblett’s life begins, a new chapter begins at SNU as well. With the vacancy of the SID position needing to be filled, SNU found a person with an extensive background within the sports communication field: James Hill. 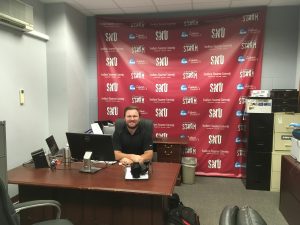 Hill played college football for and graduated from Millsaps College in 2011. After graduation, he was hired for his first SID job at Millsaps in 2011. From that point, he continued to hone his skill set working in multiple SID jobs in locations such as Jackson, MS; Longview, TX; Atlanta, GA; Memphis, TN and multiple schools in Oklahoma.

Prior to being hired by SNU, Hill had worked with multiple Athletic Departments and SID’s in the state. This allowed him to not only continue to gain experience, but also assist in building his network. Even though there weren’t any job openings, through the power of networking, Hill found multiple opportunities to assist Athletic Departments around the state. Hill further said, “What I’d been doing for the last year and half is just trying to help out anybody who needed help.”

If you have listened to an SNU football or basketball broadcast in the past year, James Hill might be familiar to you. The reason for this is because he has assisted in broadcasting duties, handling the play by play duties for both football and basketball this past year. Due to already being a known commodity, Hill stated that “When this position came open, I kind of already had a little bit of a foot in the door, and I think it worked out pretty well.”

We thank David Noblett for his eight years of service at SNU and wish him and his family the best of luck in their future endeavors. Yet, as we say goodbye to one person, we are welcoming a new person into the SNU Athletics family: welcome James Hill!

If you would like more information on the new SNU Director of Athletics Communications and SID, James Hill, visit https://snuathletics.com/staff.aspx?staff=156 .