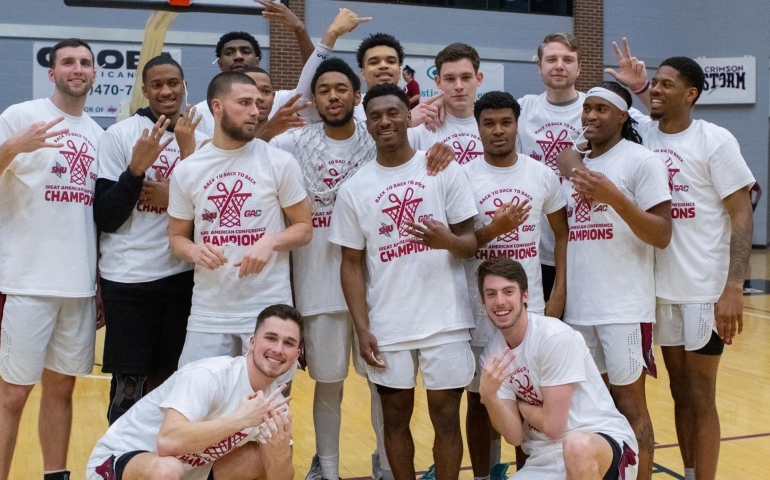 Each year, we have to say goodbye to students and athletes from near and far. This year, Senior Night was held on Saturday, February 29th to celebrate the gift of our senior athletes and envelop them in love and support for their final game in the Sawyer Center.

This year, fans and athletes alike were stunned with both a men’s and women’s basketball win, making the men’s team the number one seed going into the Great American Conference (GAC) tournament. This is the third year in a row that the Crimson Storm has entered this tournament at the number one seed.

Brady Mulkey is a senior on the Southern Nazarene University (SNU) men’s basketball team. It is his last semester here at SNU, and he explains his experience at SNU as an “awesome experience.” Mulkey says that being at SNU allowed friendships to be built that he would not have built elsewhere.  The small atmosphere allows people to know more people beyond the superficial level.

However, Mulkey is ready to graduate, and after SNU he will be going to Colorado to finish Bible School. He is very excited to step into his forever line of work. He says that senior night was awesome, and he really enjoyed it. It was a day to reflect on the memories that he has gained through playing for SNU. Mulkey will miss his teammates the most, and he hopes that they all know that he will always be there for them.

Mulkey is excited about his future; he is excited to see what the Lord has been preparing him for. After the Bible School, Brady says he will be going wherever the Lord tells him because he knows that wherever He tells him to go, success awaits.