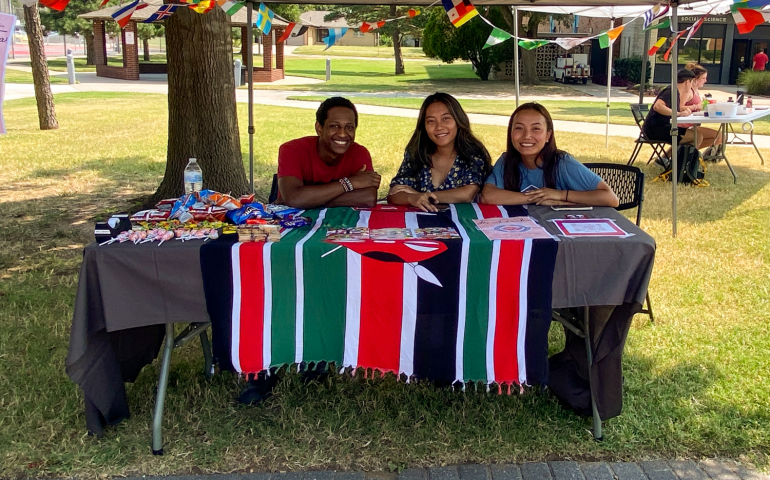 With all the craziness of our academic schedules, sometimes we need to step away and have a little bit of fun. If there’s even a little downtime in your busy schedule, try joining a club! It is a great way to meet new people that share similar interests while also exploring an array of topics and hobbies. There are a lot of student-led groups on campus this semester that anyone can join.

To help promote these clubs, SNU had its annual Club Fair on Wednesday, September 1st in front of the Commons. There were a variety of clubs displayed, from cultural engagement to sports.

If you’re interested in joining, they meet on Wednesday nights at 8 p.m. on the second floor of the library. Some of their upcoming events include a “Welcome Black Week,” “Paint & Praise,” and a “Basketball Tournament.”

Another group that was displayed at the fair was a new club this year that focuses on Anime. Daniel Diaz, Vice-President of the Anime club and a Freshman at SNU, says “the main purpose of this group is Anime but we’re going to try and do stuff out of it like picnics, game nights, and stuff like that.” Diaz says “we will also be doing lots of giveaways of posters and stuff around those lines. It’s going to be really fun!”

The group will meet once a month with dates and times TBD. Diaz says, “we will try and make it to where most people will have the opportunity to come.” So, be on the lookout for when this group will meet.

Joining a club is an easy way to get more involved on campus.