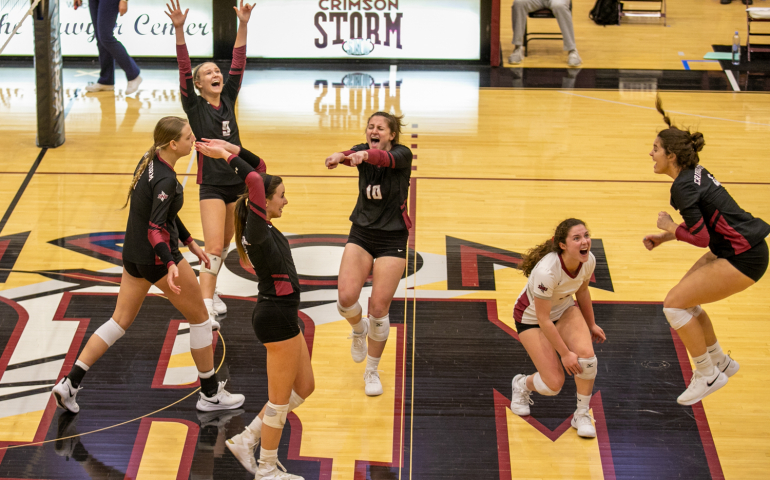 Having to be disciplined in the classroom, studying, going to professors office hours along with putting relentless hours in the weight room, practices, touching base with your coaches while still having somewhat of a social life and finding time to eat in between all the madness is all that comes when being a student athlete.

At Southern Nazarene University (SNU), the athletic programs are composed of 16 teams which mean a lot of student athletes to say the least. At SNU “a goal of the Athletics Department is preparing student-athletes for life by developing a commitment to aesthetic, intellectual, and ethical values.”

So what are the thoughts and feelings of student athletes at SNU?

Logan Matthews, senior libero for SNU’s women’s volleyball team is from Norman, Oklahoma. She has been with the storm all four years of her athletic and academic career and will be graduating May 2022 with a B.S.N. in nursing. “I was excited to up my game because collegiate volleyball is on a different level than highschool volleyball. I was also excited for the adventure and new experiences I was going to make.” “ I had high expectations for myself and decided to go hard in everything I did because I had no idea what I was walking into.” Matthews says. With nursing being a very time consuming major, Matthews said the most important things she did to find her balance between school and volleyball was staying organized and setting time aside every week to figure out how to manage her time wisely.

Adokiye Iyaye is a junior from Oklahoma City, Oklahoma on the SNU Men’s Basketball team. This is now his second year playing with the storm and transferred from University of Texas San Antonio where he played two years for the Roadrunners. To Iyaye, being a student athlete means to be hard working. He says that although juggling school and athletics isn’t easy, that is the commitment you made when choosing to be a student athlete. “Handling pressure is tough but the best way to deal with pressure or completely get rid of it, is to continually work on your craft.” Iyaye says. “Most of the time you feel pressure when you aren’t prepared for something but if you are always working and trying to stay ready, pressure becomes less of a problem to deal with.” he adds 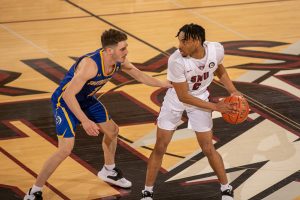 Although being a student athlete takes a lot of time, energy, and commitment, at the end of the day, being a part of something that is bigger than yourself is all worth it.