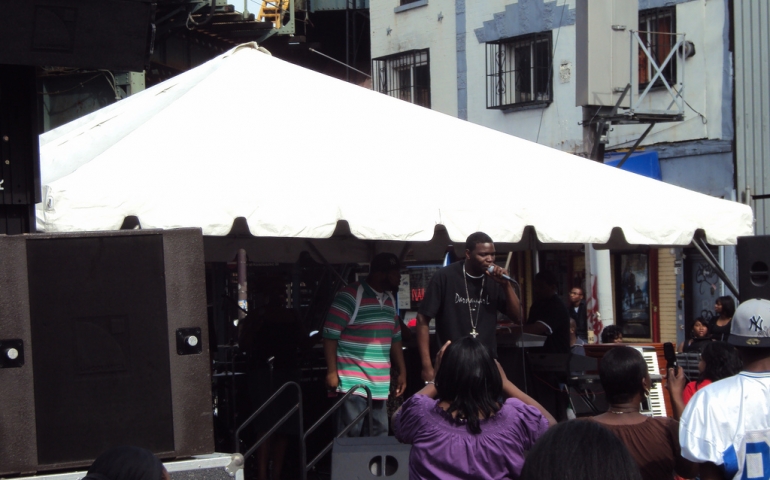 Most people don’t know about all the different Christian rap/hip-hop artists out there, so to find out more information about the Christian rap world and its artists, I sat down with Gospel Lee, Reezzy Knight and Lapo.

Gospel Lee is originally from Edmond, but currently lives in Phoenix. He first discussed with me about his start in the Christian rap/hip-hop genre.

“I’ve been involved with music, but I then had a calling for Christian hip-hop,” said Lee. “I’ve always liked music, but just never really knew what I wanted to do yet.”

He then began to talk about how he got started in the music business.

“I really enjoy rapping and other things, so I just decided to do go into Christian rap, because being a Christian my whole life I wanted to rap about God and spread the word around.”

Lastly, Lee chatted about how long he has been rapping, and what he hopes to do in his music career.

“I would say about 14 years, but professionally in the last 4 years with traveling and performing,” said Lee. “I also want to be financially independent…using [my career] as a launch pad to use for communication towards God for others.”

Reezzy Knight explained how his life was before he started getting into music.

“I had no regard for my life,” said Knight. “I was basically doing whatever. I was in the rebel stage before turning to God.”

It was up to Kevin Patton and Chris Berry, however, to help him find his potential in the Christian rap business.

“I was going through a rough patch in life. I hooked up with Kevin Patton (Kevo) and Chris Berry, whom I had been friends with for a long time,” he said. “I didn’t talk to Chris [for] like 4 years, but when I did, that’s when I started to do music with them. We started this group called Churchboyz.”

To end the interview with Knight, I talked with him on how far he wants to get with his music.

“For my music career I want to be the highest it can go; I want to reach people through my music to hear what I was going through and how I found God,” commented Knight. “My best music has yet to come; I’m still working hard to get better and go higher and do what I can to reach out to people.”

My final interview was with Lapo, who lives around 15 minutes away from SNU. He discussed with me about how he had difficult childhood and adolescence.

“It was typical but untypical,” said Lapo. “I saw my first murder at age of 7, and as a way to protect myself I was involved with gangs. I didn’t have a lot of money. It was very tough, but I made it through.”

Although he does not want to continue making it a career, Lapo talked about his start in the Christian rap business, why he has done it for so long, and the impact it’s made on others.

“Christian rappers impacted me [because I listened] to them in the past, so that’s why I decided to [rap],” said Lapo. “I have been rapping for 20 years now, and at this point I am thinking of retiring. I just want to use to it to express my feelings, kind of use it as an escape. It’s difficult to say how much of an impact it’s made on others lives. I’ve had others talk to me saying I’ve been an inspiration to help them find God and help them change.”