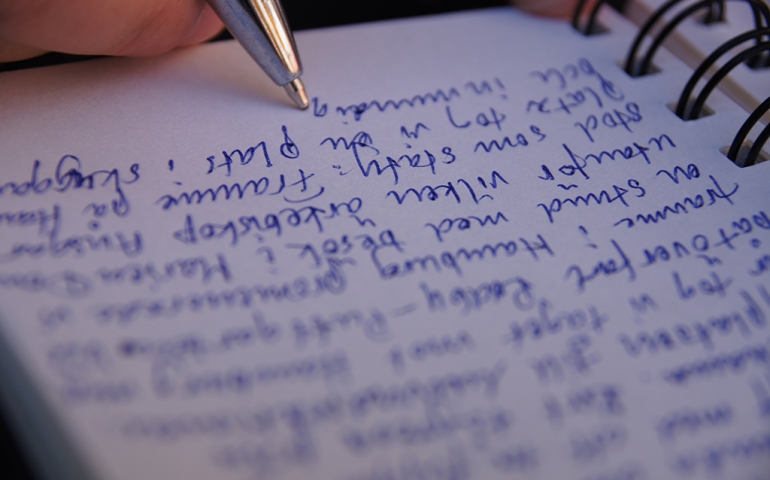 A study done by Mark A. Lumley and Kimberly M. Provenzanoat at Wayne State University, has shown that journaling can help significantly reduce stress levels and boost one’s GPA. Contemplating past stressful events is challenging and painful, so most of us probably try to avoid it. But if a person is willing to analyze their past and work through their thoughts and emotions, people are more equipped to handle future stressors in a healthy way. Based on the article I reviewed, journaling offers people the opportunity to work through these unresolved issues.

Seventy-five undergraduate students at Wayne State University participated in a study that required them to journal 15 to 20 minutes daily for 4 days. This study was conducted on “average” college students who were demographically diverse. Participants were split into two groups—group 1 was the experimental group who were told to write about a significant moment in their life that caused them great stress; group 2 was the control group, and they were instructed to write about future time management and plans without using emotionally expressive language.

Group 1 was further instructed to write in detail about their past stressful event. There was no subject limit as to what group 1 participants could write about. This meant subjects could describe their memory as intimately as they wished and/or could discuss multiple topics. The goal of the researchers, in this experimental group, was to have participants display their emotions about the written subject and really begin to process the(se) event(s). Both groups were also asked to complete a survey that assessed their mood before and after making a journal entry.

In comparison, group 2 participants had daily writing instructions that asked them to plan their activities for the next twenty-four hours, one week in advance, a year in advance and ten years in advance without describing the emotions associated with their future plans.

By having participants in group 1 describe the emotions of their past significant event, these students did experience a resurgence of the stress associated with that event. Group 2 did not have to experience this added stress since they were instructed  not to include emotions in their writing.

Researchers then gathered academic records from the participant’s current, and immediately following, semester. Results of overall collected data showed that participants who wrote about past stressful events did experience greater negative moods the days they were journaling. However, not all students maintained negative moods throughout the duration of the experiment. A correlation was later found that linked the increase in participants’ positive mood over the course of the 4 day experiment, and the likelihood of that participant having a higher GPA the following semester(s). If the participant exhibited worsening mood over the course of the 4 days, this was a strong predictor that the student’s future GPA would not rise and could possibly lower.

Ultimately, researchers found support for their theory that life stress affects academic performance—specifically GPA scores. The mood results helped to determine participants’ ability to resolve internal conflict caused by stressful events. Over the course of the experiment if participants’ moods became more positive, this positivity was associated with their developed stress-handling skills. If a participant’s mood became more negative, over the course of the study, it could be concluded that they had not yet developed appropriate stress-processing skills.

Journaling is a great means to cope with stress. The more you exercise coping strategies the stronger they become. When faced with future stressors, instead of being derailed by the magnitude of stress one faces, these coping strategies will better equipped one to calm down, organize one’s thoughts, and work through those stressors. This regained sense of control is what helps one to be able to focus on academics and improve one’s GPA. Consider investing time in your mental health by starting a journal of your own. You may notice that if you do, stress will become less overwhelming and your GPA could skyrocket! Happy journaling!

[author image=”http://echo.snu.edu/wp-content/uploads/2016/10/IMG_3474.png”] Kayla Feland, Guest Writer
Kayla is a senior psychology student who hopes to become a speech-language pathologist. She is a workaholic, but does take occasional breaks to watch the Great British Baking Show and sing jazz/swing music. She also enjoys spending time with her friends, going on food adventures, panting, and taking naps. [/author]