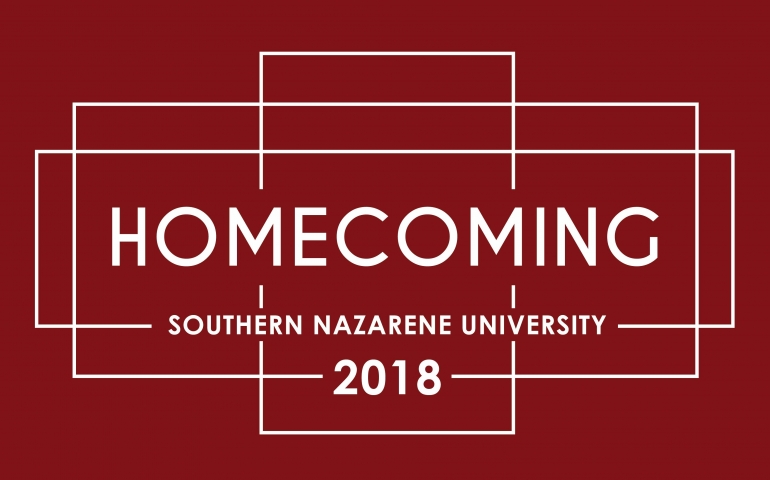 It’s that time again: Homecoming week for Southern Nazarene University (SNU). Many might be wondering “What all is happening on the SNU campus to celebrate Homecoming week?” Well look no further, there are multiple events going on for SNU Students, Alumn, and family. The events range from sporting events, concerts, students design showcase and so much more.

Howdy Homecoming, a fairly new event for Students of SNU, is taking place on Thursday, November 1 at the McGranahan barn. Dannah Stelting, Director for Student Engagement overseeing SGA, said, “Howdy Homecoming is one of our biggest events for traditional students during Homecoming week. It’s at McGranahan Barn, which is actually a wedding venue, but really it is just a nice big barn!” She went on to say that Howdy Homecoming is:

“Thursday, November 1st from 8-10 PM. There will be lots of snacks, yarn games in the big outside area provided and country music. So, I encourage students to dress up in their boots and be ready to two-step… It is a great chance in the middle of the semester and in the middle of the week to get out and participate in the SNU community ”

Every year, Homecoming is a busy time for the SNU’s campus, and this year is no exception. Many students make it a point to come out to SNU’s Block Party Friday night from 4-6:30. There will be live music, games and good food. This year’s food trucks include Halls Pizza Kitchen, Flying Pig BBQ, Big Truck Taco and the Loaded Bowl for those looking for vegan options.

After hitting up the block party, the women’s and men’s basketball teams will be playing in Sawyer Center. Between the games, Stelting tells us that Lumberjack Night for traditional students is “on the second floor of Sawyer where the indoor track is…  the Athletic Relations team get out a bunch of griddles and makes free pancakes for everyone. Students are encouraged to get out in their plaid and flannel shirts and dress like a lumberjack.”

Every year, the Student Section is filled with people cheering on SNU’s teams. This is a great opportunity for students to come out and experience the awesome environment produced at these Homecoming games. Following the games, everyone heads over to SNU’s fountain where a traditional bonfire is held.

For students, families and Alumni who are looking to be more active after enjoying some of the amazing food for the block party Friday night, there is a 5K going on Saturday morning starting and finishing at the football stadium. Everyone is encouraged to come out and walk or run this homecoming 5K or even get out and encourage those who do decide to participate.

Is it really Homecoming if there is not a football game? Well, do not worry: Saturday at 1 PM, SNU’s Crisom Storm play Southwestern Oklahoma State. Come out and support the football team and experience the environment of SNU’s Crimson Storm football team.

For more information, check all this link for Students, Alumni, and families: https://bridge.snu.edu/homecoming-2018/schedule-of-events