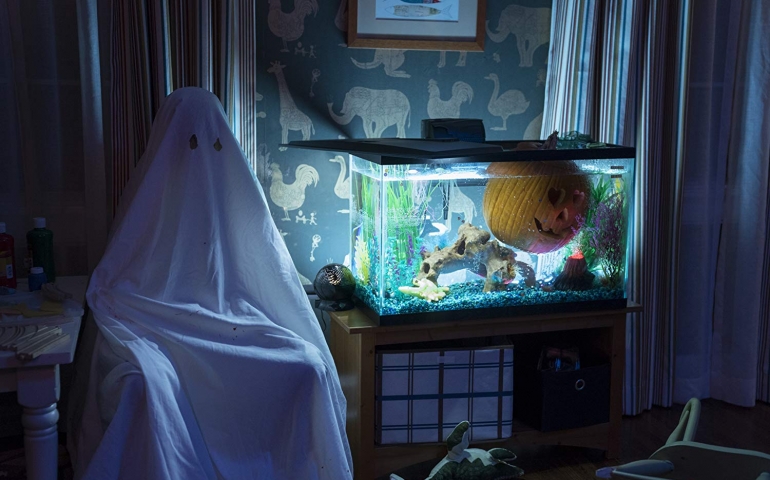 The classic movie, Halloween was first made in 1978. Since that time, different stories of who and what Michael Myers is have been produced. In the newest entry of the Halloween franchise, they decided to hit a reset button. The newest addition is not a reboot but instead takes the audience back to the original 1978 Halloween.

Before watching the new Halloween, there are a few things to remember from the original movie: Michael Myers killed his sister with a kitchen knife when she was babysitting him at the age of six. After this Michael becomes mute and is sent to a mental institution where he remains until his young adult years.

Eventually, Michael escapes from the mental institution and finds his way home on Halloween night, killing babysitters predominantly. His usual victims were young babysitters. One could guess that this pattern relates back to his first kill being his babysitting sister.

Michael starts after a woman named Laurie Strode and kills her best friends. She barely escapes with her life with the help of the doctor that Michael had originally escaped from. Michael takes six bullets to the chest and falls out a window where he disappears from.

This is where the reset button starts in the newest movie. Michael gets picked up by the police soon after falling out the window and then spends the next 40 years in a psychiatric prison never speaking a word. He escapes and returns home where Laurie Strode and her family lives. This movie turns into a hunt or be hunted slasher thriller that does justice to the original 1978 Halloween.

This movie is an astounding piece of work. It uses lighting, specifically a lack of lighting, in great ways to build the suspense of where Michael will be next. Jamie Lee Curtis, as Laurie Strode, brings a fighting spirit to this movie and draws the audience in with her co-star Andi Matichak playing Allyson, Laurie’s granddaughter. This movie would be a great addition to watch on a Halloween night, but do not go alone.