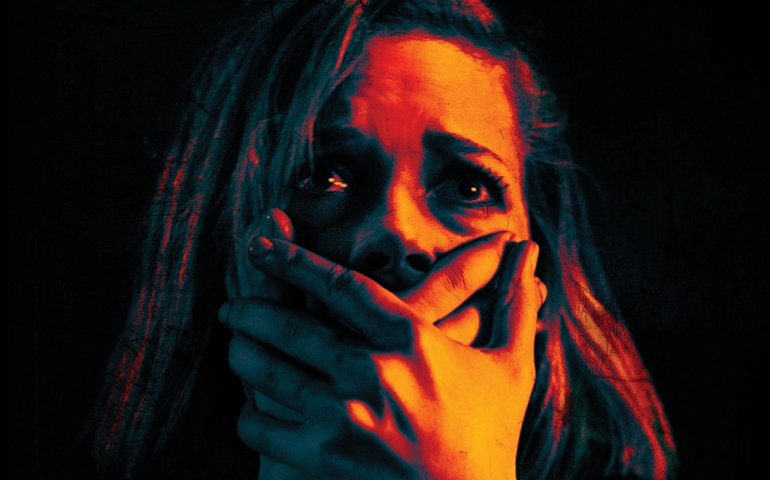 For the past week, the new movie, “Don’t Breathe”, has filled the SNU campus with mixed emotions as it made its appearance in the theaters.

In the category of horror/thriller, the new movie takes place in the city of Detroit. With the desire to better their life, three burglars; Rocky (Jane Levy), Alex (Dylan Minnette), and Money (Daniel Zovatto), decide to make their last steal into the home of a blind veteran. While invading, the three discover the man is not as hopeless as he is perceived and find themselves imprisoned. Fighting for survival, the hour and a half film becomes a chase captivating the audience, until the final minutes of the film.

“Don’t Breathe” gave me chills. Throughout the movie, I would catch myself favoring one character over another, while trying to catch my breath to prepare for what could possibly happen next. The best part was the fact that the movie concealed the unknown, until the moment least expected. The suspense only got greater, and the unexpected would catch one jumping back into their seat.

I thought the film was brilliant. I have never been the one to go out of my way to watch horror movies, but the thriller had me curious about the story of the blind veteran. Luckily, if one can relate, the movie delivers all the answers from questions raised by watching the trailer. In theory, breaking into a blind veteran’s home in the hopes to get away with robbery is a fascinating concept. The movie brought the audience into his world by demonstrating his way of living through senses, and creating this character one could feel empathetic towards, but also think he was insane.

“Don’t Breathe” is not your average horror film. The movie displayed acts of realism instead of paranormal, which is why I believe it landed on the favored side for most who watched it. SNU student Bernard Ceastaneda said, “I thought it was a great movie because you could not really predict what would happen next, and you didn’t know at times who was the protagonist and [the] antagonist against him.”

In addition, I thought the film was also entertaining to watch. There would be hidden puns the veteran would make about his sight, and, at times, one would find themselves laughing in relief from things that would not normally make one jump.

What I would hope people will take away from the movie is to never underestimate someone who has a disability. After watching the film, I felt “Don’t Breathe” lived up to its expectations.