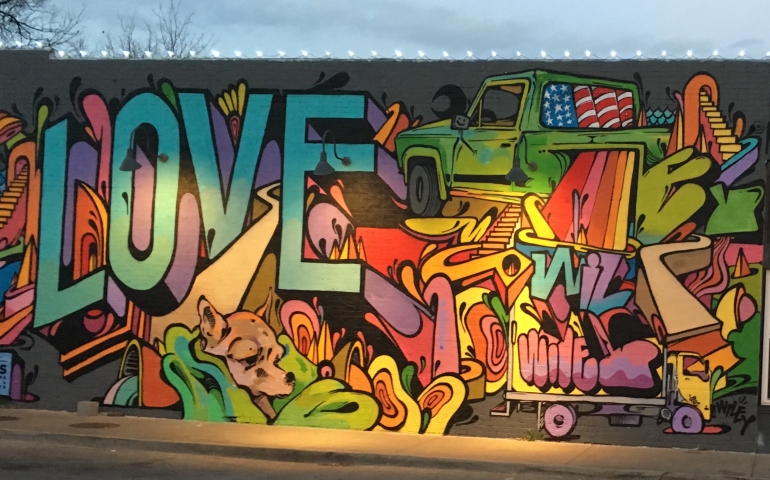 This school year, Southern Nazarene University is introducing a new theme house on campus that is partnering with a non-profit organization called Jubilee Partners. SNU’s theme housing gets students that are committed to serving connected with local non-profits in the Oklahoma City area.

Jubilee Partners supports youth in urban OKC that are in at-risk situations. The goal of the organization is to maximize the child’s potential in school, relationships and life by providing tutoring services, lessons of value and teaching about various life skills. Instead of just providing an after-school program, Jubilee Partners works to provide a holistic approach to individual growth.

SNU’s own Pastor of Missions and Service, Liliana Reza, is the adult sponsor for the Jubilee theme house this year. “I grew up in Oklahoma City and I grew up in that same community, so Jubilee Partners is in my neighborhood. I love my community and I also love my SNU community, so what better way to bring these two worlds together than through this partnership,” said Liliana when asked about her personal connection to Jubilee Partners.

Thomas Cherian, a junior at SNU and one of the Speakers for Jubilee theme house, became involved with Jubilee Partners his freshman year through the internship program. “I fell in love with the church and the community there and felt like that was where God was calling me,” Thomas said as he recalled his first visit. “It was uncomfortable and weird but that’s what God calls us to because that’s where God wants us to bring the most light.”

There is something incredible to be said about a group of ten guys who are willing and committed to serving God through relationships with kids that are in a community where male role models are scarce.

This is the hope for theme housing: to put yourself somewhere where God can use you as a light to others, even though it may be uncomfortable at first and even if you don’t get to see your work pay off. Because in this instance, it’s not about you. It’s about furthering the Kingdom of God by being the hands and the feet of Jesus in the Church.

The Office of Spiritual Development has been planning several service projects for students interested in getting involved with Jubilee Partners. For any other information about how you can get involved, email Thomas Cherian at tcherian@mail.snu.edu, or Pastor Liliana Reza at lreza@mail.snu.edu. Additionally, you can visit jubileepartnersokc.org.