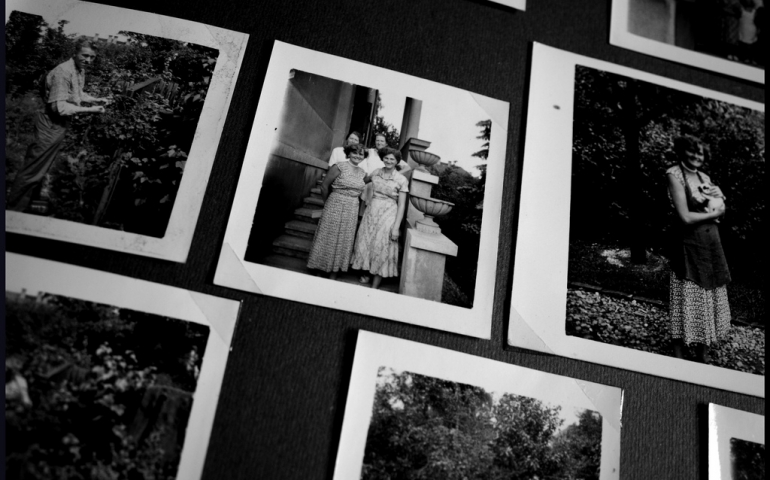 OK, so we had flown out to beautiful California for a few days to help my 93- and 89-year- old parents move from their home since 1955 into an assisted living apartment half the size but one-tenth the age.

Every decision has a “better” to offset the “worse. (There was a time in my life not so long ago when those adjectives would have been reversed. I’ve reached the age when I usually see the cup half-full now. But it’s not nearly as funny to write about…it’s more fun to be a grump!)

As a point of interest—when we bought that house for five people, two of them two-year-old Destructo-Bombs, in 1955, we paid $13,000. It was a nice tract home with a plum orchard behind the back fence, anxious to be developed into more tract neighbors and our elementary school.

What we failed to take into account when we were making plans for this mission was that Mom and Dad are sick. Not physically so much, but they’re definitely undiagnosed OCD hoarders. Dad likes old stuff; Mom likes old stuff, new old stuff, old new stuff, and new stuff. And when I say “likes,” what I mean to say is “gets obsessed with.” (I’ve inherited this OCD—diagnosed and medicated—but mine goes the opposite direction.I’m obsessed with de-cluttering, throwing away, cutting back, giving away.)

Therefore, an intended few days stretched into an exhausting three weeks and the intended “yard sale” evolved into a “garage sale” and an “estate sale” as well. So much stuff and so little time.

I volunteered to start in the garage and be in charge of the garage sale. I also did the yard sale. Linda, my future widow, took her talents and love of air conditioning into the house for the estate sale although I was put in charge of moving the furniture from six rooms into three rooms.

My first effort to move the extra-long couch that I had sat in maybe five times in my life (because it was easily the most uncomfortable sofa ever constructed) made me realize that my folks bought all their furnishings by the pound.

By the ton is more accurate.

It took four people to lift it out of the house. The TV, one of those double-wides, took both John and me, one at each end, to take it outside. Even then, when he gave it an unannounced jerk, I nearly sliced off the tips of two fingers. He didn’t seem to care—he was suffering enough himself, I guess.

One of the emotional jobs we had—though I never once cried tears—was to do something, anything, with the nearly 60 photo albums and 40 carousels of slides. I don’t suppose you know that my parents are in the Guinness Book of World Records as the Most Photographed Couple In The World. About a thousand pix of just the two of them. I wish I were exaggerating.

I actually tossed 15 to 20 of those photo albums without even looking at them. Another 10 albums I just leafed through, trying to find somebody other than my parents in a photo. Then they hit the dumpster.

We forced Bob, a computer genius, to take all the slides and his plan is to put them on DVD’s so we can continue to enjoy the record-holders for decades to come. Unfortunately, we’re depending on Bob to live 50 more years so he can finish the job.

Anyway, we finally got rid of everything that various relatives didn’t scarf for their own plans, and Mom and Dad were more than grateful. And that’s what matters, really.