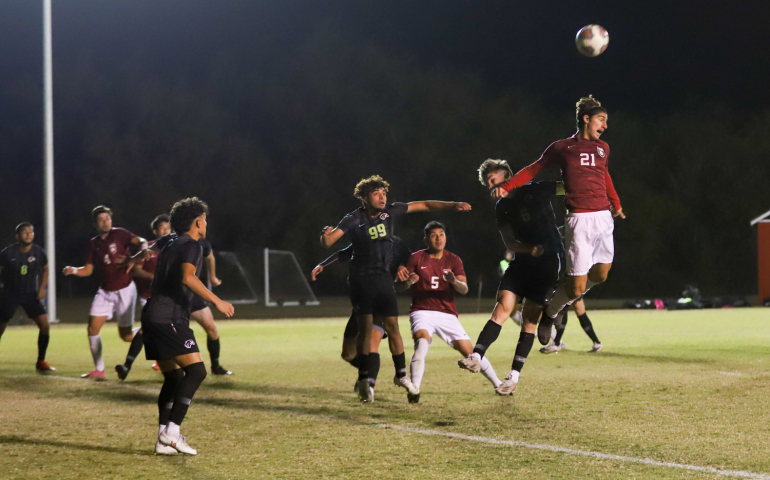 With their win over Fort Hays last Saturday, the SNU Men’s Soccer Team secured their first ever GAC regular season championship. With this title, SNU gets to host the GAC Conference Tournament. The men’s soccer team worked hard all season long to get to the point they are at now. They have been able to take adversity and become stronger as a team, which is the key to success. It is not all about talent, but how well the team works together as a unit.

With this being the soccer team’s first regular season title, it brings a sense of pride for the athletics here at SNU. Sophomore soccer player Daniel Trojman is proud of what they have been able to accomplish this year. “Winning the regular season means a lot, all the work the team and staff have done during the season was amazing. Being regular season champs just makes all the effort worth it. This team is confident and very focused on the tournament coming up,” says Trojman.

Senior soccer player Ramiro Diez Jimenez is so grateful with how his final season here at SNU has gone and is looking forward to the tournament. “This has affected SNU with positive views. Everyone is telling me that they are wanting to come watch our tournament games. We won every single game at home, so we have more possibilities to win the conference tournament at home with all of our fans. We are very focused and motivated to win,” said Jimenez.

This is a game changer for SNU athletics. SNU is being put on the map in a variety of sports, making us a fierce competitor not only in the GAC but also in all of D2 athletics. The soccer team needs all the support they can get to cheer them on to victory. These athletes worked hard all season to push for what they want to achieve.