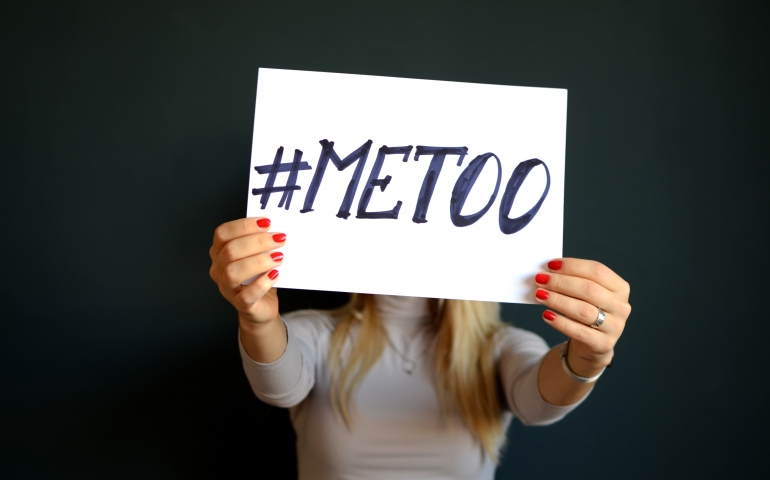 Over the last two years or so, the #MeToo movement has made waves in American culture. There is more attention being paid to sexual assaults and how widespread both the assault and the culture around it has festered.

It is a show of solidarity for everyone speaking out. Powerful men who have used their status to prey on women are coming to light. With the heavy involvement by Terry Crews, the treatment of men who have been sexually assaulted is also being brought to light. People are standing in solidarity, saying that enough is enough. There are plenty of people placing the due blame on those who commit these horrific assaults, and there are also plenty of comments being made about those who covered up the assault.

Blame has been cast on those who knew about the assault.

Blame has been cast on the people reporting their assaults.

Blame has been cast on any who held suspicions of the assaulter.

Blame has been cast on the person who committed the assault.

This blame seems to be cast on everyone except the people yelling such things. These people are outraged at these events, of which they should be. But without introspection on one’s own behavior, attitude and language, they can be to blame too.

To cast judgments like that, to infer that this is the fault of only those directly involved in a situation or an unseen group of people who are responsible, is missing the point. For those assaults to be covered up for so long, whether by Nassar, Weinstein or the Church itself, there was an environment that was created that kept these claims silent, that held back individuals from reporting it. There is more to an assault than the person assaulted and the person who did the assaulting. There is more to it than the investigative team. There is more to it than a bystander or two who may or may not have intervened. There is more involved than those who even knew those directly involved.

We need to abandon this image that assault only happens to a lone woman or girl walking outside at night– sexual assault is not so easily pigeonholed. Anyone can be assaulted. It does not matter your gender, your sexuality or your behaviors. Assault can happen to anyone, at any time. Anyone can be the victim of it and anyone can perpetuate it. By keeping this definition in our minds, we are withholding support from those whose assaults do not match the image in our minds.

Sexual assault is treated as this sensitive topic, so sensitive in fact that people struggle to talk about it openly. So sensitive that we blame others for their assault. Even in an era where people feel more and more free to share their stories and the wrongs committed against them, we still tiptoe around it when it happens near us. So often people laugh at prison rape jokes or comment that people make too big a deal about being grabbed against their will. That attitude, that culture we have created around sexual power and ‘punishment,’ is what has shaped a culture where sexual assault is okay. If you ask anyone on the street if they are okay with rape, they would probably say “no.” Yet, oftentimes these same people say statements that silently support or outright condone a culture of rape.

Your shirt? Too tight.

Your skirt? Too short.

Your outfit? Too attractive.

Oh, you were drunk? What more did you expect to happen?

They bought you dinner, don’t you think you owe it to them to have sex?

Oh come on, it wasn’t that bad, they only grabbed you! It’s not like you were actually assaulted!

I’ve known them all my life, they wouldn’t do this.

Oh come on, he’s a strong dude, that couldn’t happen to him.

You’re taking this too seriously.

You didn’t act like a victim should act. You must be lying.

Did you really have to make such a big fuss about it?

Think of them, they probably got mixed signals from you.

But they’re such a nice person! It has to be a misunderstanding.

This goes on. I have heard nearly every person I’ve talked to say a version of one of the statements above; I have said them as well. It’s part of an unconscious culture of rape and assault we have created for ourselves. It does not just start with someone like Nassar having assaulted hundreds of underage athletes– there is a buildup. Stopping this culture starts with us acknowledging our outlook on sexual assault and actively changing it. We cannot always stop someone from raping another human being, but we can create an environment where the apologetic, victim blaming and dismissive attitude for sexual assault is no longer an issue. We can stop the social stigma around assault and help those who have been hurt. We can be less quick to defend someone who assaulted another and undermine a victim. We can, we should, and we need to.

It starts with you.

It starts with me.

It starts with everyone.

(Photo by Mihai Surdu on Unsplash)