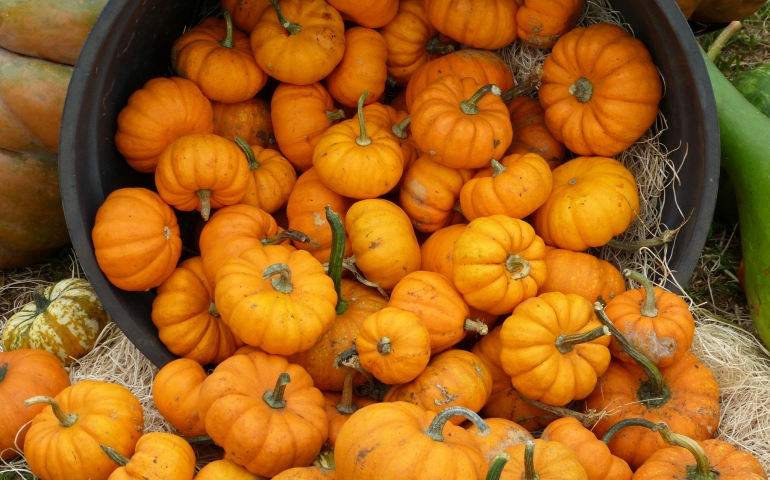 Halloween is one of the largest holidays of the American calendar. Children go trick or treating, people dress up in costumes, and you can’t walk 10 feet without running into a carved pumpkin or cheap ghost figurine that was on the discount rack at Walmart. However, Halloween is also celebrated around the world among different cultures, each in their own separate ways. But before looking at traditions around the world, it may be important to understand where the celebration of Halloween originally came from.

Halloween started off in Ireland, celebrated in much of the same way that it is in America today. In rural areas all around the country, bonfires would be lit and children would dress up in costumes. The whole evening would be spent going door to door in the neighborhood to collect treats, play games and attend parties with other friends.

While many other countries celebrations may look similar on Halloween, many of them still have their own traditions that make them special, or are all together very different.

In Canada, much of the celebration is the same. However, it is in the United States that the popular pumpkin carving tradition began. Scottish and Irish immigrants in the 1800s would carve pumpkins and place a candle inside the hollow middle, calling them “Jack O’Lanterns.”

Halloween celebration in England was also very similar, but instead of carving pumpkins, it was a tradition to use large beets. Children would carve designs into the large turnips then walk the streets, hoisting their creations high while knocking on doors and asking for money. Another tradition was to toss small objects such as rocks, nuts and vegetables into the fire as a symbolic sacrifice to scare away evil spirits.

Halloween in France was not celebrated until the early 1900s. Much of the customs there revolve around costume parties and being with friends. Shops, malls and stores will often have extensive decorations during the holiday and cover their store in Halloween apparel.

In Mexico and Latin America, Halloween is known as El Dia de los Muertos. As a holiday set aside to remember friends and family who have passed away, the traditions and customs here during the Halloween season look very different than anything in the United States. Many families will set up an altar in their home to pay homage to their deceased relatives and adorn it with photographs, flowers, food, sweets and water. They do this to help satisfy the spirit of their ancestor who will be visiting during the 3 day holiday and make them feel at home. During the holiday they will also go and gather at the gravesite of their ancestors to have a picnic, spend time together as a family and enjoy the night. While there, they also fix up the grave by placing new flowers, making repairs and cleaning up around the site.

Halloween in China is also celebrated very differently than in the U.S. There it is known as Teng Chieh. Large bonfires and lanterns are lit in order to guide and direct the spirits that are released to roam the earth. Families will place food and water in front of photographs along with incense sticks and candles for the ghosts. Along with setting out food, another large custom is to offer joss paper as a burnt offering to their deceased relatives. Joss paper includes anything from paper printed to look like legal tender bank notes, to cardboard cars and credit cards.

While Halloween is very much an American custom and holiday, it is still interesting to look at how other cultures around the world celebrate the holiday as well in their own unique way.

For more information on how Halloween is celebrated around the world check out:
http://www.pumpkinpatchesandmore.org/halloweenglobal.php.