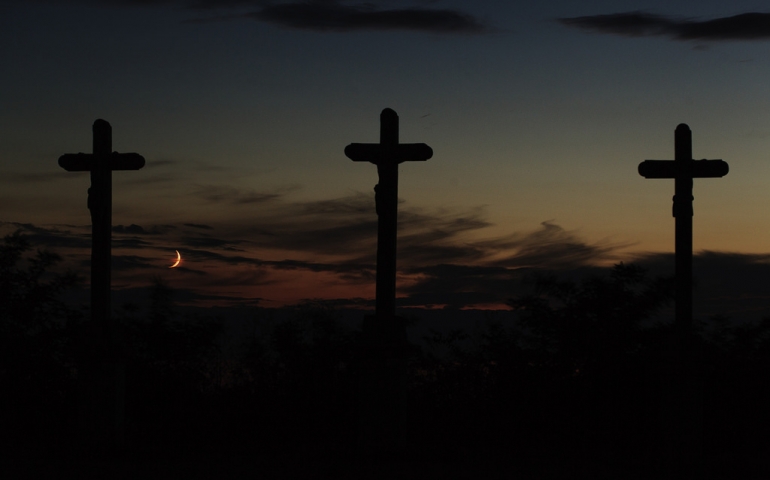 For many Christians, “Risen” was a very exciting and intriguing film coming out. I think anytime a film comes out, and Jesus is involved, it is an instant attention grabber for anybody who is a believer or not. Like most people, when I saw the previews a few months ago, I had mixed feelings about it.The cool thing about the movie that first stuck out to me was it not coming from a Christian perspective. Instead, the movie’s perspective is from a Roman soldier.

I have gotten into checking ratings for movies and checking box office numbers this year, so before seeing “Risen” I did my research. I didn’t have a lot of high expectations due to subpar ratings from critics (57%), but I was optimistic because user ratings were fairly high, being around 79% according to Flixter.

Kevin Reynolds directed the movie and gave the lead role of the agnostic Roman centurion named Clavius to actor Joseph Fiennes. He was assisted by Tom Felton, who is known in the movie as Lucius. Felton is better known for his popular role as the troublemaking Draco Malfoy in the “Harry Potter” film series. In the movie, Clavius is commanded by Pontius Pilate to find the body, dispel rumors of a risen Messiah and prevent an uprising in Jerusalem.

During the course of the movie, the audience can experience and sense Clavius’ having internal conflict with himself over what he believes. All he has ever known is conflict and death. He is very well thought of with Pontius Pilate, because of how well he leads and does his job. But none of this is fulfilling or satisfying to the agnostic soldier. He thinks he needs power so he can truly find peace, but he learns on this journey and investigation for Christ’s body that what he’s been searching for his whole life is this Messiah. Through his encounters with the Apostles and other well-known biblical characters, his doubts are slowly peeled away by this supernatural occurrence.

Many of the scenes of this movie are very tense and moving. The crucifixion and resurrection of Christ was portrayed to me in a new and fresh way. I found myself feeling conflicted during this movie, because I had never had a glimpse or even a real thought of what it was like for a Roman soldier. The director Kevin Reynolds did a great job keeping the Roman perspective strong in the film. It is powerful because Clavius is thrown into the most important event in human history.

The movie is still showing across the city in multiple theaters. If you are looking for a unique, different and fresh perspective on the resurrection of Christ this is the movie to check out. For more questions on movies or on “Risen,” email me at chadlock@mail.snu.edu