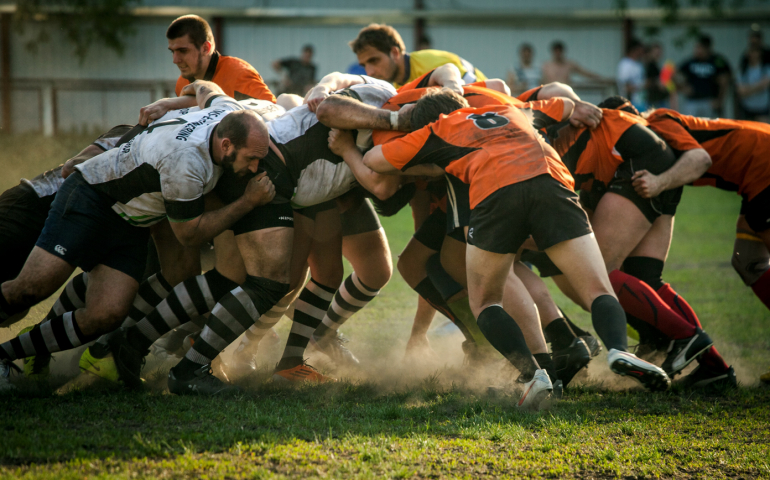 Late last year SNU announced that they will be adding Rugby as a sport for both men and women to play. Rugby is a classic game that involves a ball and a team trying to stop the opposing team from scoring points with said ball. Since 1823, Rugby has always been a physical sport that is played by outstanding people. It is a wonderful opportunity for students to grow in a new sport here at SNU.

Now, many people, like myself, do not follow rugby because it is not a very popular sport in the United States, but it is globally. Rugby is a lot like American football, however in rugby one team tries to take the football and get it to the other end of the field, while only passing it backwards or sideways. After getting it to the other side, your team earns 5 points by putting the ball on the ground, which is also known as a “try.” Then the team that scored could go for a conversion by kicking the ball through the posts to earn an additional 2 points.

SNU student and Rugby player, Ethan Thomason, discussed how excited he was when SNU announced that they were starting a program for rugby. “I had never played rugby before SNU announced the team,” Thomason said. “Pretty quickly I decided I was going to join, so I started tailoring my workouts and started playing when the semester started.”

Excited about the opportunity, Thomason also discusses how the practices have gone and what he looks forward to. “I’ve honestly really enjoyed everything we’ve done so far. Practices have been awesome and I’ve really enjoyed getting to know my teammates,” said Thomason. “I’m having a great time and I’m super excited for our first tournament this weekend in Missouri!”

It is truly amazing to see an athlete so passionate about his teammates and his role on the team. Since the initial buzz that was created when the athletic department announced the arrival of the Southern Nazarene University rugby team, all we could do was wait. But now, with their first tournament being the first weekend of March, it will be exciting to see the opportunity these students have to start a brand new sport here at SNU. The coaches are happy, the players are happy, and the students are ready to see what the Crimson Storm Rugby team has to offer.