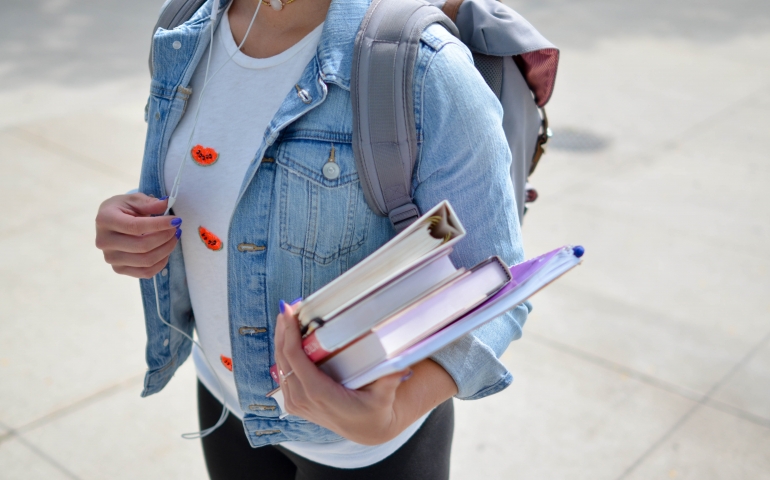 Several SNU female students opened up their dorms for the weekend to give SHINE girls a brief glimpse of what life is like as an SNU student. The girls were part of an incredibly busy few days in which they had the opportunity to genuinely connect to people and places at SNU through various events and meetings throughout the campus.

Friday was the most intensive day, as they participated in several meetings that informed them of their prospective departments, the financial process and what it is like to be a college student in general. The girls even had a chance to meet with professors and sit in on some classes that they will likely enroll in if they choose to attend SNU.

McKenna Clements, who is interested in worship arts at SNU, was one of the girls who participated in SHINE. During her visit, Clements spoke with Prof. Forsberg, Dr. Powell, and Prof. Ambrosini and attended a World Philosophy class.

Looking back on the opportunities that arose out of the weekend, Clements said, “[I] had a campus tour, went to Cantrell [Music Hall] and visited the recording studio, which was my favorite.”

One of the more formational events of the weekend was a visit to alumni workplaces as a valuable glimpse into future possibilities for SHINE girls.

The weekend was certainly not void of bonding activities for the girls. They joined in on games their first night on campus to get to know their fellow SHINE girls and meet their hosts who had been anticipating their arrival since the start of the semester.

SNU sophomore Elizabeth McDorman and the girls in her Hills suite hosted five SHINE girls for the weekend. Although it was a relatively chaotic arrangement, she believes that the event is valuable for girls who are considering SNU as their future college. Bonding and making connections over shared experiences are one of the main focuses of events like SHINE.

McDorman said, “It helps them create friendships for when they attend SNU.” In fact, many current SNU students found their best friends while attending SHINE Weekend. And that is the hope for the girls who attended last weekend.

On the final night, SNU threw an after party for the SHINE girls following the All-Star Game. It was an exciting end to the weekend for the girls, who we all hope to see as SNU students at the start of the next school year.

Photo by Element5 Digital on Unsplash