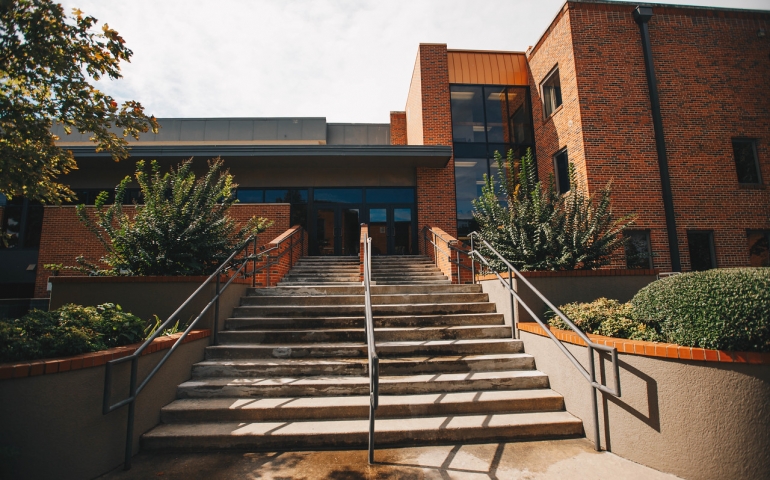 Chapel is part of life at SNU; every Tuesday and Thursday, students go to chapel at 10:50, scan their ID’s on the way out, and participate in the weekly routine at SNU. Currently, each semester, students have to receive 25 chapel credits. For every credit under 25, there is a $25 fine, possibly collecting up all the way to $250. If a student gets less than 15 chapel credits, they are put on chapel probation, and if the next semester they still fail to get more than 15 chapel credits, they will not be allowed to enroll at SNU the following semester.

There are pros and cons to everything in life, and having a mandatory chapel is no different. Forcing people to go to chapel and punishing them if they fail to go can definitely create a stigma against chapel for students. However, bringing people together to hear the Word of God spoken even if they are not listening can bring people closer than before they came.

Doug Forsberg, a professor in the religion department said that “I have mixed feeling about mandatory chapel because part of me says that the Gospel works best when you don’t have a captive audience and when people are there willingly. So, I understand the position that maybe if it is going to be truly Christian, it should be of the free will– so maybe we should have chapel, but not make it mandatory. However, on the other hand… when I was in school it was mandatory as well, and some wonderful things have happened in our lives because we were made to go. There are too many stories where lives were changes in a mandatory chapel.”

One problem some people have with chapel is the punishment for not reaching the requirements. Some students miss a few chapels and do not typically make it to all 25 chapel credits but reach enough to not be put on probation, leaving them getting fined repeatedly.

When talking with Blair Spindle he stated that “All the Nazarene schools have a mandatory chapel, and all of them have the fining scales. It’s about how do you motivate someone to go to chapel, how do you get them there, and what should be the result.”

Spindle continues to explain the chapel system, saying, “Some schools make it a curricular thing; so, you go to chapel and get a pass for your grade or you get a fail on your transcript if you don’t. If you get a fail on your transcript, it lowers your GPA. Well, is that really what we want with chapel? Right now, it has nothing to do with your transcript. If you acquaint chapel and church, then do you fail church? I believe that you can’t make this equation. This isn’t church– we are not creating another church, we are an academic institution, and this is an important part of our educational experience.”

There are good reasons for chapel, and Doug Forsberg had a great way of thinking about it even when it feels like students should not have to go: “We have to trust the older folk. It comes down to trusting that somehow, someway, this is working for my good even though I don’t want to go and even though it seems to contradict the Gospel, sometimes to have it forced upon you; yet, this is an idea that… so many wonderful things have happened in a mandatory chapel that maybe it’s a good idea to make it mandatory”

The question no longer is “Why is chapel mandatory?” but rather “Is there a better way of going about motivating the students to go?”