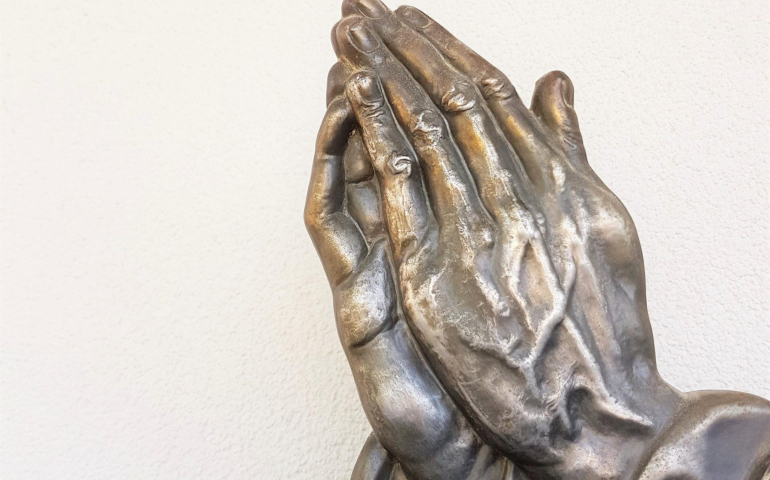 On Sunday evening, members of the Bethany and greater OKC community gathered to pray over the buildings on SNU’s campus in an annual event known as the Prayer Walk. However, these friends of SNU, hoping to pray over the buildings and the students that will occupy them, got a bit more than they bargained for as the sprinkler system kicked on, briefly interrupting the event and spraying some in the crowd.

“So we’re out there – we were over by the science building, kind of by the Jesus statue. And one woman took a direct hit. Her back was just soaking wet! As soon as she realized it, she just took off like a jackrabbit,” said Dr. Stephoni Case, a graduate professor at SNU who was in her fourth year of attendance at the event.

According to Pastor Rick Green, who leads the Prayer Walk every year, the sudden attack was first preceded by the noise of the sprinkler system kicking on. “Suddenly all the prayer warriors are scrambling,” Green laughed. “We’ll fight against the devil, but the sprinklers – we’ll run.”

“A few minutes later, when we were up by Broadhurst, we were standing on the grass, this time wary,” said Dr. Case. “We heard the sound the sprinklers made right before they popped up, and everybody just took off.”

However, despite the slight hiccup, the event was still as spiritually significant as it has been in past years, having garnered a large gathering of people willing to keep SNU and its students in their prayers.

The Prayer Walk originated from a tradition Pastor Green kept from his time in Brookings, Oregon. “There’s a very nice Nazarene church there that we were at for eleven years,” said Green. “I was inspired to do a prayer walk there in that little town around the schools. We would do it once a year at the beginning of the school year. So when I moved here, Claudine Henry, who is an alumni too, wanted to get people together to pray weekly at the school. I got involved in the prayer ministry there, and carried the idea from home – let’s have a prayer walk at SNU.”

Since then, the Prayer Walk at SNU has been a way for people all across the community to connect with and pray for the students and faculty of our campus. “It’s such a varied group of people,” said Dr. Case. “We don’t even all kn 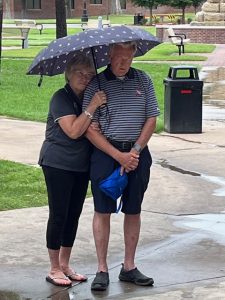 ow each other. It’s just a sweet time to bring people who have this common bond together. We all have a connection here. This was our common denominator.”

“When I came here as a student in 1989, there were just so many wonderful people here that modeled Jesus for me and impacted my life,” said Danny Thomason, the Director of Intercollegiate Athletics. “A big part of that is that there were always people who were praying for me. I have seen in my own life and in my own family the power of prayer. My first year as Athletic Director was in 2019, and I heard about this Prayer Walk, and I just thought that this is something I want to do.”

The Prayer Walk consists of a route made around the main campus mall. As the group walks, they pray for each building and the students and faculty that will occupy that building over the duration of the year. Each building inspires a different sort of prayer, one that focuses on the specific areas of focus those buildings are dedicated to. The event begins near Herrick and ends near Marchant, as the Prayer Walk shifts toward prayers for the administration of the school itself.

Pastor Green shared his hope for the future of SNU’s Prayer Walk, in that it could become something more students take part in. The event takes place annually on the first Sunday after New Student Institute. The group meets near the back of Bresee Administration Building in the afternoon and, to the best of their ability, tries to avoid the sprinklers scattered across campus grounds.