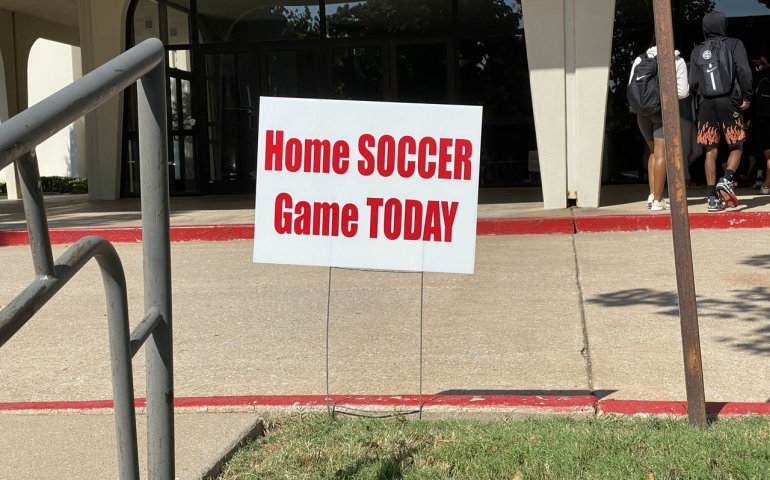 The beginning of the semester marks not only the beginning of classes, but the beginning of a variety of athletic events on SNU’s campus. As football, rugby, and other fall sports prepare to start their seasons, it’s the men’s soccer team that will have the honor of playing the first home game this semester.

“We prepare all year long with training, recruiting, off season workouts, and more,” said Coach Trevor Harmon, the head coach for the men’s soccer team at SNU. “Our main focus is being the best that we can be every day in training and every game day.”

This will not be the first time our soccer team has played against Southwest Baptist University. Since 2012, the Crimson Storm has faced off against the SBU Bearcats nine separate times with a record of eight wins, no losses, and a single tie. The last time we played against SBU was September 9th, 2021, in which SNU won 3-1.

“The team is really looking forward to Thursday night against SBU,” said Coach Harmon. “They have been waiting since mid November to step onto the field and compete for a championship. They are ready to go!”

“I’ve really enjoyed working with the team so far during preseason, and tonight is where all the hard work in practice will pay off. We have a very talented group who are extremely hardworking and like one big family,” said Joel Mcilroy, the team’s graduate assistant coach.

The game will take place tonight on Wes Harmon Field, starting at 7:30pm. Students, faculty, and friends of SNU are invited to show their support by attending the game and cheering our soccer team on.

“The student body can best support our guys by checking out our schedule online and attending every game possible,” said Coach Harmon. “Both home and away! Our guys love support from the sidelines with loud voices.”

Tonight is just the first game of a season that will span until the end of October. Both the players and coaches have high hopes for this year.

“It is important to get off to a good start with a top performance and a win on our record,” said Mcilroy. “I’m really excited to get going and hopefully win the conference again this year, and ultimately make it as far as we can in the national tournament. With the group we have, I have no doubt that this will be possible.”

The full schedule for both the men and women’s soccer games is available on the SNU Athletics website.