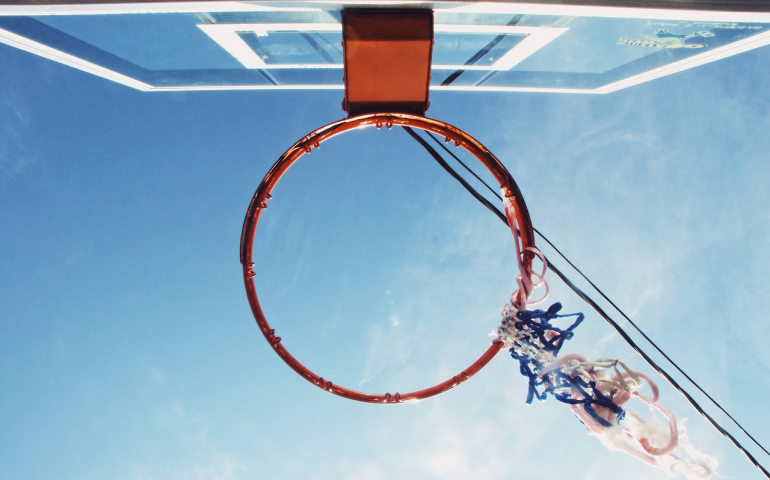 The SNU men and women’s basketball teams participated in some community service work with the Tulakes church community this past Saturday. Tulakes hosted a Fall Festival for the families in the Tuscany Village apartments in Oklahoma City at Tulakes Elementary. There were hot dogs, barbeque, chips, and drinks for the families. There were also many games set up for the kids to play so they could mingle with both teams. Our Crimson Storm basketball team helped pass out food and drinks from door to door and also played many hoop games with the kids.

Throughout the evening, there were a series of games and events where the players got to interact with the kids and show them a few skills of their own. It started with a couple of fun knockout games. The knockout games got the energy going and the kids began to come out of their shells and have a great time. There was also a good game of 7-on-7 football going on in the playing field where we got to catch up with all time quarterback and sophomore guard Tyler Mcghie. “It was a lot of fun getting out in the community and spending time with the kids at Tulakes,” says Mcghie. “It is great to see how much joy we bring them as athletes.”

As a good game of football was going, there was a little pickup game beginning between three of our SNU women’s team players, versus about seven of the Tulakes children battling it out on the blacktop. Even though they were outnumbered, the SNU women’s team was too much of a force for them. Senior guard Nefer Leon said, “I had a lot of fun playing with these kids, they had so much energy and made my time there a great experience. I have nothing but love for the Tulakes community and how they work together to show these children that they will always have someone to look up to.”

The men and women of the SNU basketball programs built a lot of relationships while participating in this community service opportunity. Giving back to the community is something both teams have really tried to focus on during the preseason as they prepare for a great and promising season ahead of them. You can gain access to both teams’ schedules at snuathletics.com. The season-opening for the men’s team will be November 4 at the Sawyer Center, and women’s team will open up on the road November 5th in Kansas City.

Photo by Seth Reese on Unsplash