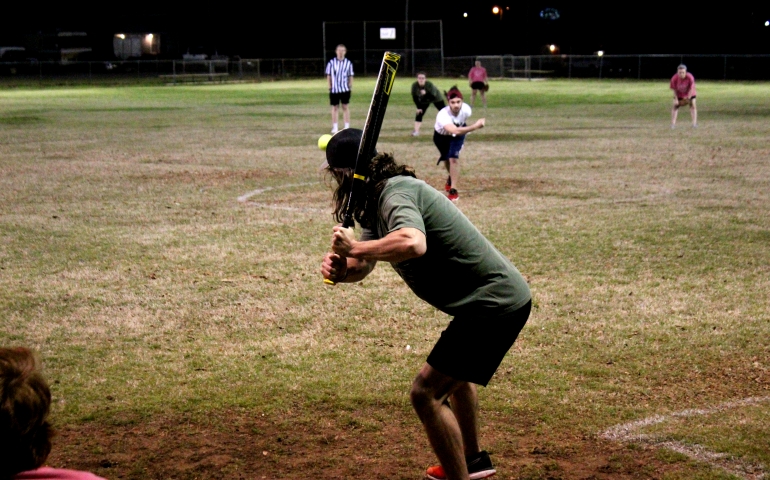 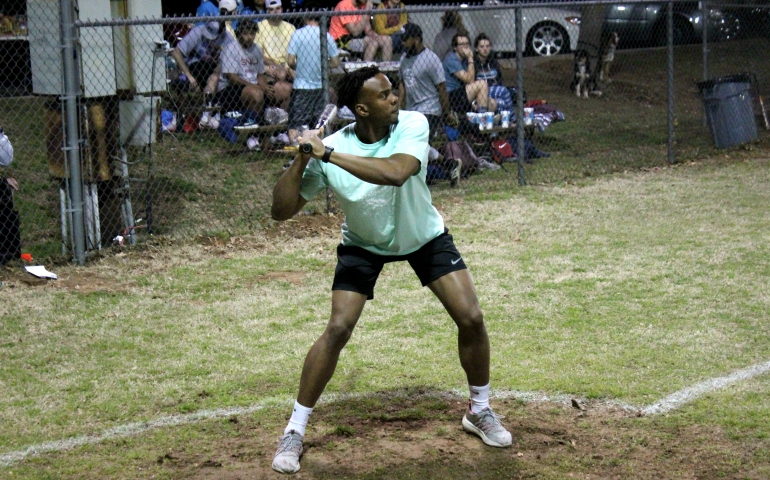 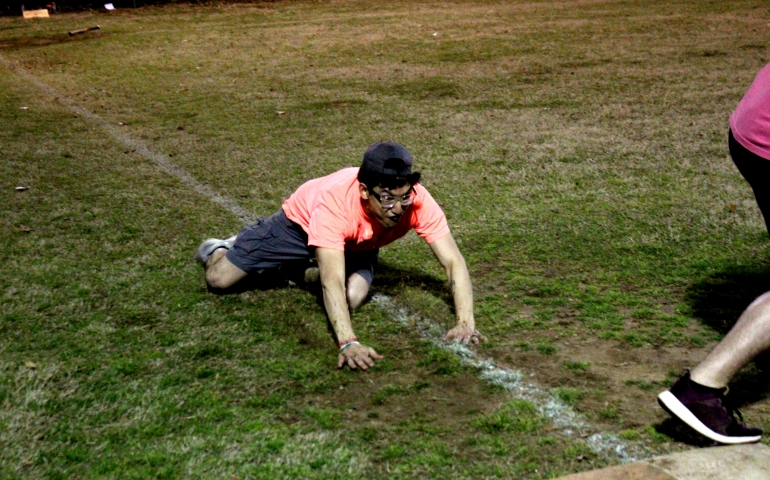 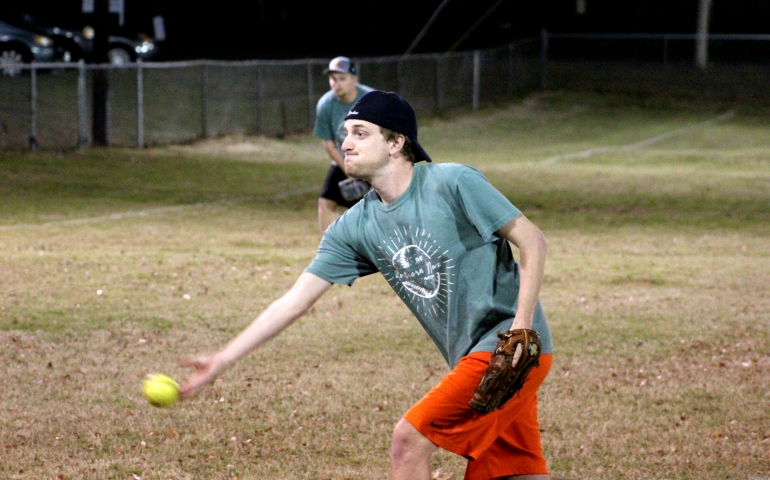 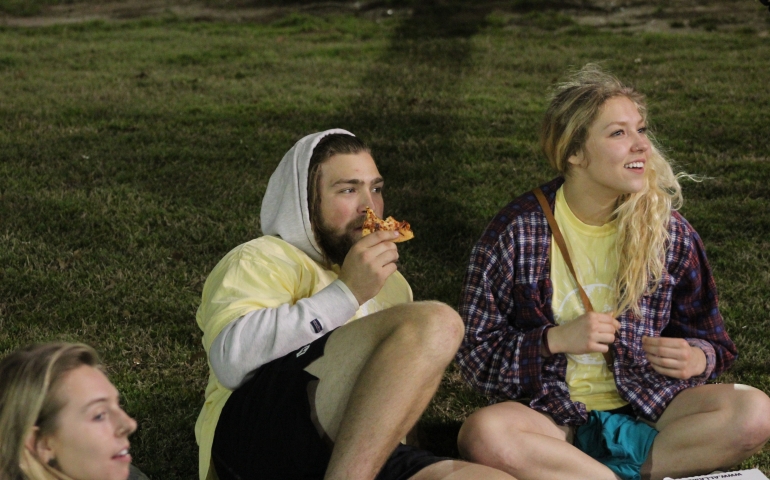 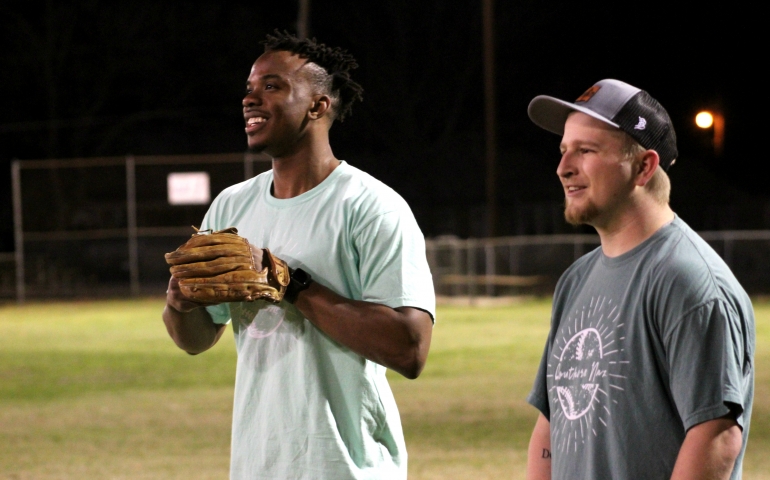 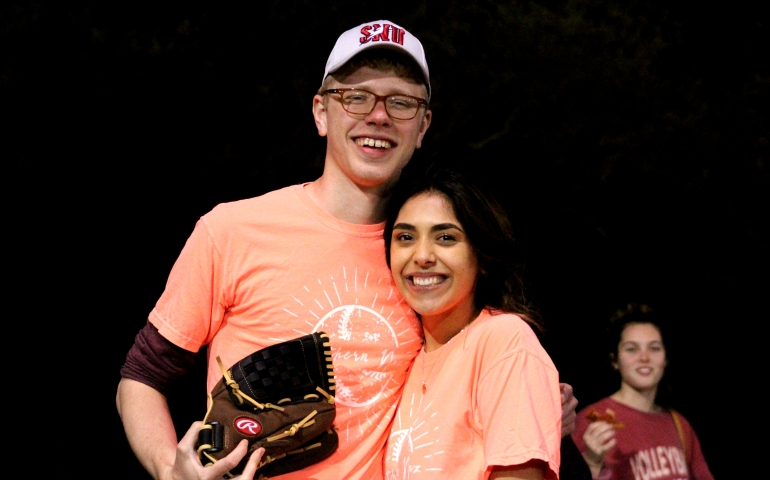 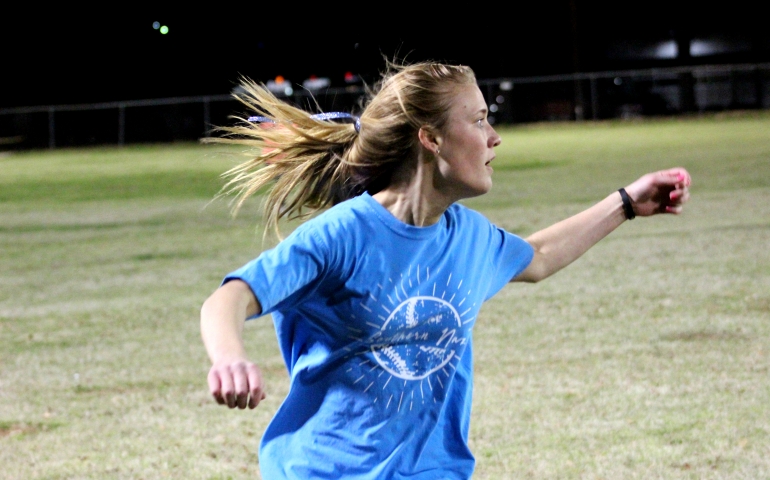 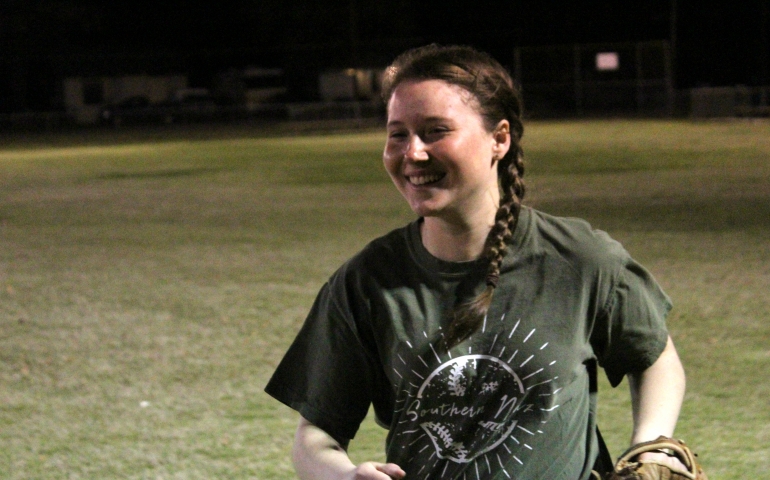 After a total of nine hours, Southern Nazarene University’s annual Softball Marathon ended at 6:00 a.m. Saturday morning. The night-time air was cold, but the heat was on when the top two teams, Blood Bath & Beyond and Scared Hitless, faced off for the championship game. As police officers stopped by with donuts for the crowds, Blood Bath & Beyond was busy earning the title of the Softball Marathon Champions.

Students enjoyed a night of friendly(ish) competition, snacks and getting to see each other’s weird, tired sides. Many of the players on the field were new to the sport, so when those teams found themselves in the top 5, spectators and even the players themselves were shocked.

“Pulling off a triple play was one of the craziest experiences. After it happened, the whole team just froze for a minute. Once the referee made the call, we were so shocked. Our team went and shook hands with the other team. We held it together and it once we got back to the dugout, we all were very excited. It was one of the most fun experiences I have had here at SNU,” said Stephanie Clements, a sophomore at SNU and world’s best coach of the team A Solid C+.

The following is the final pool play rankings: