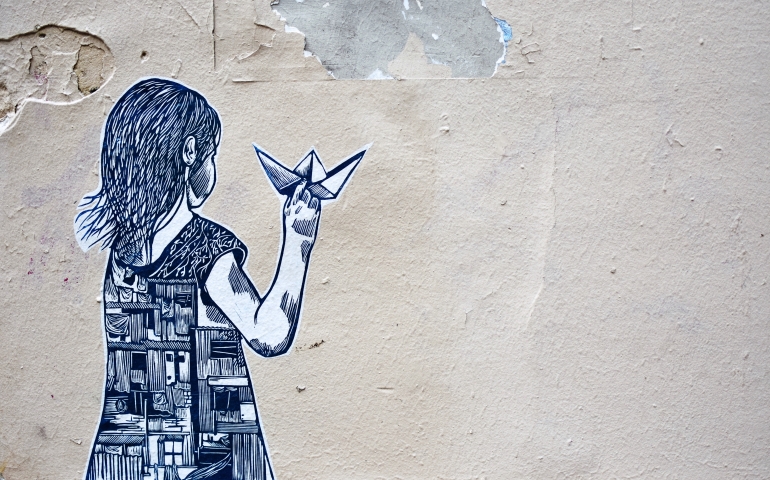 Inmates who are incarcerated at the Oklahoma County Jail are not nameless individuals who are defined by the crime that they committed. While they did make mistakes to find themselves in jail, they are also people who, more often than not, grew up in backgrounds that left them predisposed to incarceration.

One of the statistics that is discussed during the Oklahoma County Jail tour is that 3rd-grade reading and literacy scores are used to determine the number of beds built for future inmates. The justice system is one of preparation for failure rather than a system of working toward success.

On the SNU campus, students have multiple avenues in which they can volunteer as a way to battle against the likeliness that Oklahoma City kids end up in the Oklahoma County Jail. One of those ways is through the SNU Honors Program.

Dr. Gina Weaver, an SNU English professor, took her freshman Honors students on a jail tour at the beginning of the semester. Her motivation behind taking her students to the Oklahoma County Jail was to get her students “interested in social justice issues and connecting these issues that we are talking about in the classroom to real life, helping them understand systemic inequality that has real impact on real people that are in our community.”

Dr. Weaver encourages students to go on a jail tour because it is unlikely that middle-class SNU students understand the jail system and its conditions. Not being knowledgeable about the injustices leads to a lack of passion for improving the outlook for the students who are in danger of one day becoming inmates at the Oklahoma County Jail.

“One of our projects that we do is go in and volunteer at Council Grove Elementary School, which is a Title 1 school. It’s majority-minority, and they range anywhere from 92% free and reduced lunch to 100%. They have a lot of need and a lot of the parents there are incarcerated or have been incarcerated,” said Weaver.

When she was a freshman, like all students in the SNU Honors Program, Stephanie Clements mentored a student at Council Grove where she was able to do her part in making a difference.

Clements said, “The kids that we worked with–you know the best and the brightest will get signed up for something–but these were the kids that the teacher knew were struggling, but she didn’t have time for, which are normally the kids that would fall behind and fail this test.”

For Clements, the reason behind volunteering at Council Grove was not to simply add an impressive task to her resume. Instead, it was to walk alongside students who would not otherwise have someone who has the time or is willing to take the time to support their success.

“Even though we were only with them for a short time, that short time was very fundamental in them learning how to read, understand and process. Even if they aren’t able to read as well, they can handle social situations better than they were when they came into it,” said Clements.

Another way that SNU students contribute to the successes of kids in our immediate community is by living in Theme Housing. Students who live in Imel volunteer at various schools and after-school programs where they tutor students who are falling behind in literacy as well as other school subjects.

Shannon Ashworth has lived in SPEAK and volunteered at an Oklahoma City school for two years. After going on the jail tour and hearing about the 3rd-grade reading test that determines how many future Oklahoma County inmates there will be, her passion for volunteering shifted from just spending time with students to doing everything she could do to prevent them from becoming a part of those statistics.

It is not simply one mistake that lands inmates in jail. Instead, it is a lifetime of growing up in poverty, with family members in prison, a lack of individualized education due to the shortage of time that teachers have for one-on-one, and being marginalized and pushed aside by society.

Ashworth added, “No kid deserves to be put in the position where our society, at the age of eight or nine, says that your likelihood of success is not on the same playing field as your counterparts. They had nothing to do with that.”

By reaching out to the schools that do not have the resources necessary to fully support the success of their students, SNU students can play a part in empowering young ones who have the odds stacked against them.

“I know I speak for myself and my housemates when I say that we are going to do everything in our power to stand in the way of that stigma and cycle and give people a fair chance by speaking up for them even though right now they aren’t able to speak up for themselves, so that sometime in the future, they are able to use their own voice in a society that wrote them off in the first place,” Ashworth said.

(Photo by Aleyna Rentz on Unsplash)