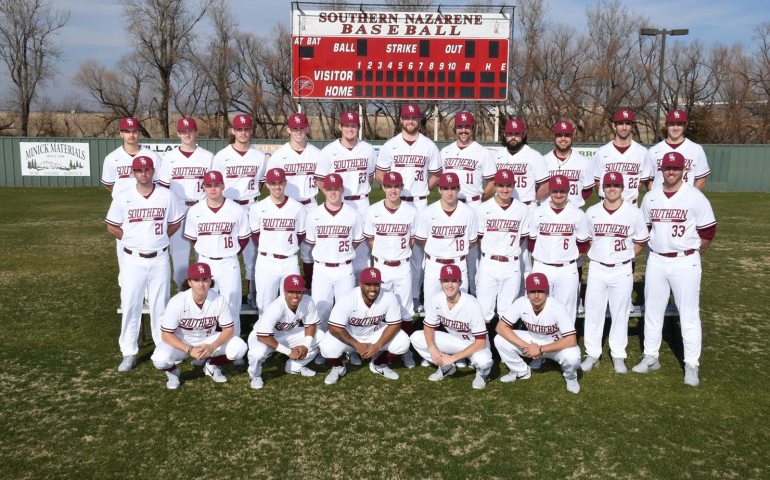 If there was one word that would describe SNU baseball, it would be confidence. Despite the Storm’s season being cut short because of Covid-19, SNU is sitting perfect heading into the season. They bring back a lot of key returners and freshmen that can make an impact right away.

Eric Gutierrez, who had a .278 batting average with 4 RBI’s last season, is ready to get things rolling. He said, “It feels like it’s been forever since we played a game, since we were not allowed to play anybody during the fall, but it’s exciting that it’s finally here”. Gutierrez has been a key part of this Storm squad, and he will continue to be that way heading into the spring.

During the fall, practice consisted of a lot of hitting and drill work for the Storm. With not playing for a while due to Covid, it was all about getting the basics down. The NCAA rule consists of a certain amount of hours you can practice during the fall, so the Storm took every rep they could get. Gutierrez said, “We were able to get a lot of hits in during the fall, and it’s helpful to have the indoor when we’re faced with bad weather conditions.”

The Storm opened up with Northeastern State, who finished 9-12 last year but has improved this year. Their season consisted of crucial wins against big-time opponents, and tough close losses down the stretch. Both teams are anxious to get the season going because Northeastern had their season cut short at the same time as SNU.

The spring season may be shortened a little bit, but SNU baseball is back. The Storm opened up with a tough non-conference plate, finishing with UCO on February 17th. Other than three more games down the stretch, the rest of the schedule is conference play for the Storm. They start the conference playoff with Ouachita State followed by a very, well rounded Henderson State team. Dylan Scalice thinks getting non-conference wins before conference play is important. “I think it builds us confidence before we start playing the GAC teams, and it allows some weight off our shoulders.”

The GAC conference is tough everywhere, and it won’t be any different this year. SNU will have to be ready to go each game, just like every other team. It’s a conference where anybody can be beaten, any given day. The Storm looks to make some noise in the GAC this year, for people to start taking notice of this veteran group. SNU Athletics will have the coverage for February 9th, when the Storm takes on the Riverhawks.