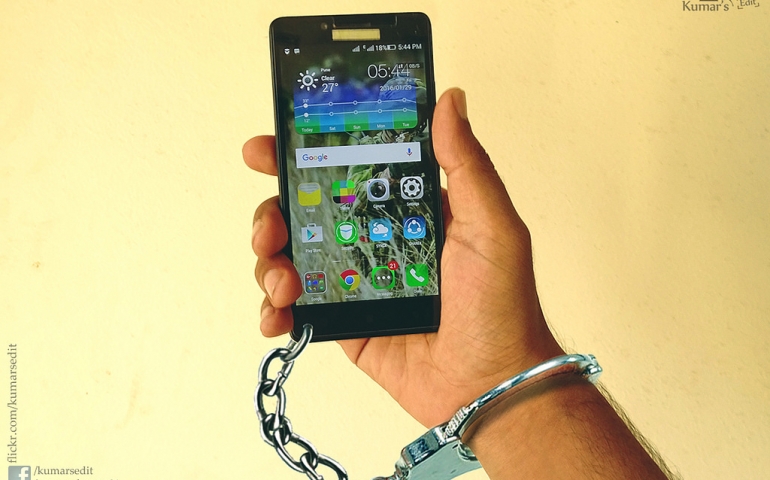 College students and their cell phones are rarely separated. With all the good that a cell phone can do such as keeping you connected to family and friends, and to the largest database of information that the world has ever known, is it possible your cell phone is lowering your GPA? At least two studies say yes.

In 2015, Andrew Lepp, Kent State professor and researcher, studied the connection between the amount of time students used their cell phone and their GPA. Lepp’s study looked at 536 undergraduates from 82 majors at a large single university in the midwestern United States.

Lepp found that the amount of time a student spent on their cell phone was a significant negative predictor of their cumulative college GPA. Lepp used several factors to assure that his data was not skewed.

He adjusted for a student’s sex, class standing, high school GPA and cigarette smoking behavior when making his calculations. These factors had to be taken into account since women generally have higher grade point averages and cigarette smokers have lower GPAs.

Past research in this field, dating back to 2007, suggests that digital distractions, such as phones and computers, lead to their users multitasking. This multitasking behavior is negatively related to a student’s academic performance.

In his research paper titled “The Relationship Between Cell Phone Use and Academic Performance in a Sample of U.S. College Students,” Lepp offered his own explanation. He sees the modern smartphone as a temptation to students who should be focused on their academics.

The research conducted does not differentiate between how the student was using the smartphone, whether it was for phone calls, social media, games or other applications. It just simply used the total number of minutes that were self-reported by the study’s participants.

In another study, also conducted in 2015, Researcher Chris A. Bjornsen and Kellie J. Archer looked at the relationship between cell phone use in class and students’ grades. This study examined the in-class cell phone habits of 218 college students between the ages of 18 and 23.

The cumulative research in the field of cell phone use and grades is still relatively new. There is no doubt that as handheld technology continues to grow, so will the amount of peer reviewed articles on this subject.

Information on the studies discussed in this article are listed below. Both studies can be accessed through EBSCOhost.