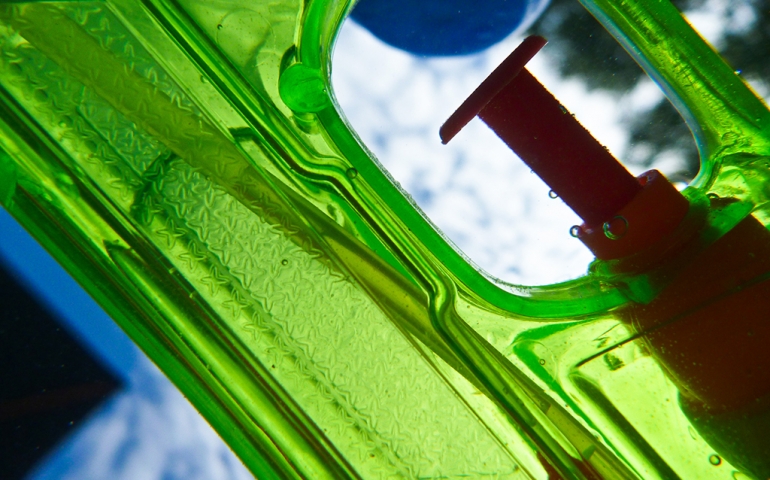 Wet bandits is one of the most widely participated events on campus. While some events cater to sports minded people, and some to party-goers, wet bandits allows introverts and extroverts, alike, to show their sneaky side.

Rules were released in an email by the SGA Execs of the senior class. The basics of the game is that you get out if you are shot by your assigned assassin. It started on September 12th, and it will last until there is a winner.

Strategizing for the game is the key to win. Although he is already out for this year, Brandon Clements has a unique strategy to keep him in the game longer in the next couple of years. His idea was to “change up exit strategies from buildings and know where all the exits are.” This is some great advice for people still in the game ready to win.

Just because you’re shooting people with water, doesn’t mean you can’t keep your friends or make new ones through the process of paranoia. If you are assigned to kill someone you haven’t met, you have to hope they didn’t change their profile picture on Facebook to someone else. Also, find out some data to help you along with the game, such as their general schedules and major, so as to know which buildings they’ll most likely be coming out of. Slightly like a stalker but everyone trusts a friend.

Carolyn Winslow decided to play for the first time this year. Being a senior, she wanted to at least give it a shot. Her first assigned target was Parker Meads. As said before, strategizing is the key to win. And sometimes it takes harecore betrayal.

“I didn’t think about how I’m NEVER anywhere besides student teaching or my apartment. So it got to the point where I wasn’t trying to shoot him, I was just kinda playing the game lazy. Shelby told me I HAD to think of something, so I went to Parker’s room and told him I really needed help getting a love seat out of my car up to the room. Well obviously there was no love seat, I just needed a way to get him outside. Parker was nice enough to come out into the rain and ‘help’ me get the love seat. Once we got out of the stairwell and walked a little ways to the parking lot, I shot him twice in the neck-because once wasn’t enough ya know. So he was like ‘ugh wow ok nice’ and then I just went back to my room.”

Many students have betrayed friendships and normal societal rules to ensure their chance at the ultimate goal, which is in this case, a $75 amazon gift card. Good luck and may the odds be ever in your favor.