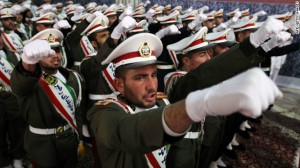 This year, one of the issues in political commentary that has bothered me the most have been the calls for potential military action against Iran. While I believe there are times in which the US can be justified in using military force, war with Iran would not be justified for numerous reasons.

One of the primary reasons given for why increasing pressure (potentially including military action) against Iran is needed is that its leader has made aggressive statements regarding Israel. Israeli Prime Minister, Benjamin Netanyahu, warned the UN that Iran is approaching the creation of a nuclear weapon. Republican vice-presidential candidate, Rep. Paul Ryan (R-WI), echoed these concerns during the vice-presidential debate. Meanwhile Vice President, Joe Biden, downplayed them, noting that even if Iran were to quickly get the needed nuclear material, they do not have the needed delivery systems.

It strikes me odd that we have so much war-mongering regarding Iran when we have so recently finished the war in Iraq and the conflict in Afghanistan continues. According to Brown University’s “Costs of War” project, the wars in Iraq and Afghanistan have already cost over $4 trillion. For comparison, according to Reuters, the attacks of September 11, 2001, caused 50 to 100 billion dollars in damages while costing the hijackers only 400,000 to 500,000 dollars.

The combined cost of the conflicts are much larger than what these economic figures alone suggest. The war in Afghanistan had already claimed the lives of at least 2,000 US military personnel by August 2012 according to PBS (or even earlier, according to CBS). According to Reuters in June 2011, for each one of the 2,995 lives lost during 9/11, another 73 have been lost as a result of the conflicts in Iraq and Afghanistan. It also reports that over 7.8 million people have been displaced.

I fear that over the past 10 years, war has gained a certain level of normalcy for the American people. Now, I recognize that there are individuals who are greatly affected by the continuing war in Afghanistan; indeed, I appreciate the daily sacrifices not only of our service men and women, but also of their families. However, have we really arrived at the point where we can talk so bluntly and nonchalantly about war with Iran? Are we so desensitized as a nation that we do not have any trepidation about military engagement with other nations?

It’s a given that we have the most powerful military on the planet, and rightly so, given that we are also the biggest spenders in the world. According to the George Washington University project, Face The Facts USA, the United States outspent China (the second highest spender) six to one in 2011; while China spent just over 120 billion dollars, the US spent 695.7 billion dollars.

With all of our military might, with all this military spending, with our past decade of consistently waging one or two wars, I think we have developed a certain sense of invulnerability and desensitization to war. Unlike World War II and other wars that seemed to have affected more of society (through the draft, supply shortages, etc.), the current wars appear to leave the majority of the population largely unaffected. This leaves us in a dangerous position when we talk too casually about potential conflict with Iran.

We have already paid so much as a country in the past decade, both in money and in lives. When will we grow weary of war?