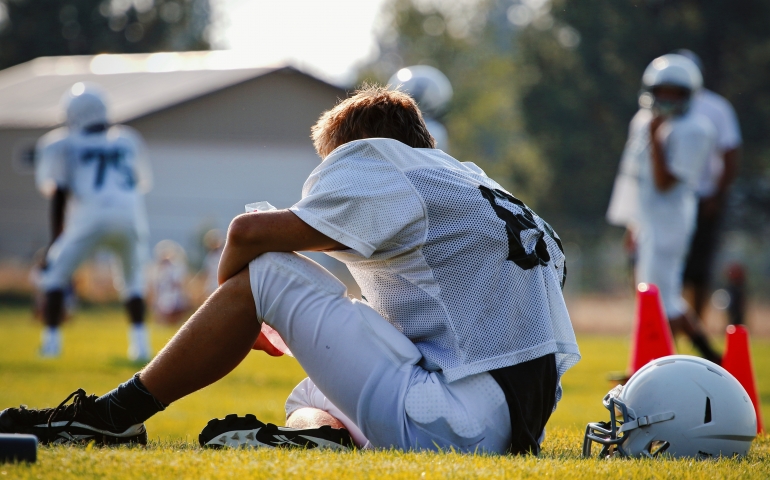 Redshirting is used in college sports to lengthen eligibility in sports. Most of the time, it is used for freshman so they can grow as a player and get accustomed to college sports. The players can use this year to get settled into the way of college life.

There are many benefits to redshirting, but there are also some negative things that come with redshirting. For example, in football, many of the freshmen sit out their first year. This can be hard on the players because they cannot play for an entire year. This is also the same with basketball players.

There are many plays in football as well as basketball, and it takes time to learn the plays that they run. By being redshirted as a freshman, it allows for them to learn these plays for the future; when they are able to play, they know the plays better than if they were a newcomer on the team, having the experience and knowledge to successfully run the plays.

Jackson Rothwell, a redshirt on the basketball team, explains, “Freshman redshirt because they either are suffering an injury that will disable them from playing or their coach has shared with them that their playing time will be very limited. The development year will allow for the player to contribute the four years to come.”

If a freshman is good enough to play their freshman year but has an injury and has to sit out most of the season, it makes more sense to redshirt that season so that they still have four years of eligibility left, not having to sacrifice a year due to an injury.

Johnson says, “I do wish I could play, but I’m willing to do what’s best for the team.” Rothwell voiced a similar opinion, saying, “I  wish I could contribute in games because that’s what I have been used to my entire life, but my contributions this year are made in practice by pushing the players to get better. It kills me not being able to play, but I know that my time is coming, and all I can do right now is continue to work hard.”

This shows their dedication to their team and shows that they are willing to do anything to make their team stronger. Both on and off the field and court they push their team to be stronger and better. It will be exciting to see what they do next year for their teams when they get to play.

(Photo by Timothy Eberly on Unsplash)