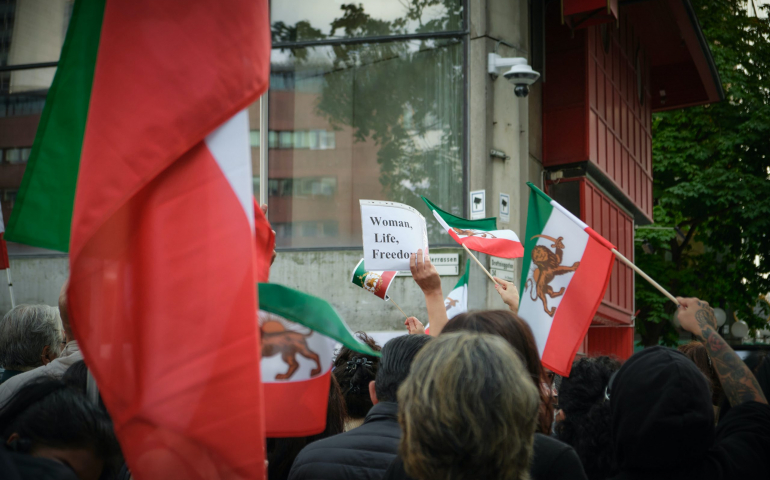 In mid-September, an Iranian woman named Mahsa Amini was detained by Iran’s morality police in the Iranian capital of Tehran for what they deemed an inappropriate outfit. Three days later, on September 16th, she was pronounced dead after having been rendered comatose in police custody. This death, widely theorized to have been intentional on the part of Iran’s morality police, has sparked public outrage both in Iran and across the world. And yet, the protests and outrage that have followed in Iran have barely been mentioned by our mainstream media here in the United States. What should students here at Southern Nazarene University know about what’s happening in Iran?

In order to best understand what is occurring in Iran, it is also necessary to understand Iranian history at, at least, a brief overview. According to political science professor Dr. Anthony Rodin, what we see happening in Iran today ties back to its very founding as a country independent from Great Britain.

“The first thing they do is elect Mohammad Mosaddegh in a democratic election,” explained Dr. Rodin. “One of the things that Mosaddegh wants to do is nationalize all the oil fields in Iran, and we in America don’t like that. We care a lot about oil, and so the CIA and other foreign agencies worked with locals to essentially do a regime change–a coup d’etat.”

This coup d’etat led to Mohammad Reza Palavi, or Shah Palavi, taking power. While Shah Palavi was modern and secular, he was also terribly repressive and corrupt, leading to yet another revolt within Iran, this time by dissatisfied fundamentalist practitioners of Shia Islam.

“Essentially, what is important for nowadays is that it created a very fundamentalist society built upon a strict interpretation of Islam, and Shia Islam to be precise,” said Dr. Rodin. “As a part of that, you have police that police the laws, but you also have a morality police that ensure that everyone is acting according to the Quran. Like, imagine if we had people here who went around policing based upon laws out of Leviticus and Deuteronomy.”

In addition to a regime holding to the most extreme interpretations of the Quran, Iran has also suffered a great deal of economic depression as a result of being sanctioned by the United States and other countries for having produced nuclear weapons. This act of injustice was a tipping point for many Iranian citizens.

“[Amani] was 22 years old, in perfectly good health. It turns out police said she died of a heart failure while in detention,” said Dr. Rodin. “So this spawned, then, this mass of protests for that individual abuse, but this quickly lit a fuse, especially among women and young people in Iran today, about this push for reform and this push for equal treatment trying to get rid of some of these more extreme interpretations and get rid of these extremely repressive laws.”

“It is the plight of the global woman,” explained Dr. Lena Crouso, the Vice President for Intercultural Learning and Engagement and Chief Diversity Officer here at SNU. “There are devout Muslim women who are not necessarily trying to deconstruct Islam. But we are seeing that the social condition that they’re in [treats them as] subhuman. That’s why this thing could happen to a young woman in police custody. When you think of it in terms of the language behind the police, these morality police, it kind of sets it up as an adjudicating body of the morality of women.”

This is not the first massive protest to be seen in Iran within the last twenty years. Often, protests within Iran are violently quelled, and this particular instance seems to be no exception.

“Typically you see the Basij, this sort of paramilitary force, instigating this brutal repression,” said Dr. Rodin. “We’ve seen people killed, we’ve seen shots fired and tear gas. From what I’ve seen so far, there’s not been any move for reform. Iran has taken down their internet trying to prevent communication that way. That’s been their modus operandi in the past, and that’s very much how they’re operating now.”

What is so remarkable about these specific protests, however, is the amount of young individuals and, specifically, women who are getting involved. Many Iranian schoolgirls in particular are standing up against the Iranian government and against the Basij. The incredible bravery that we’re seeing emerge from Iranian women is worth noting.

Yet what can we do as students here at Southern Nazarene University, so far removed from Iran? Both Dr. Rodin and Dr. Crouso had suggestions for our student body.

“I mean pray, obviously, first and foremost,” suggested Dr. Rodin. “And recognize that while this is Shia Islam, this is still fundamentally a question of the free practice of religion and things being forced upon people who would choose to maybe practice in other ways. Otherwise just pay attention. Educate.”

“Be a global citizen, because God so loved the world,” said Dr. Crouso. “How do we engage with the world? Where is the world? In our own backyard and across the ocean. So how do we begin to reckon with the different aspects that are unreconciled, yet still [fight] for the plight of the global woman?”

“I did an assignment last week where I had students take a look at different news sources, and the Iranian protest didn’t really pop up much at all in that exercise. So it’s not really even breaking through to the mainstream media much,” said Dr. Rodin. “And there’s a lot going on, I get it. But just boost what you see. Go out and find a couple of sources on it, educate yourself a little bit on it, and be able to highlight it. Recognize that, even though there are significant cultural differences there, these are people who are at your age pushing for change. We are called to seek justice, and that’s definitely what’s happening here in Iran.”

In addition to awareness, Dr. Crouso suggested that our fight for justice and equity can start right here, in Bethany, Oklahoma.

“I think we need to start right in our own present sense of our Christian faith–are we doing all we can do to truly live in a model of the value and equity that women have in our own communities, in our own churches, in our own neighborhoods?” asks Dr. Crouso. “Let’s be true to what we believe for the human condition and for the value of humanity that transcends. If we can be true to it here, it will be transcendent into how we recognize it in other places. We have to be engaged with it right now here before we can think of rising into an activist mode on behalf of the Iranian women.”

As we hear stories of the bravery of men and women in Iran, we do our part by not only uplifting their voices, but by practicing what Dr. Crouso calls the “gospel of love” here in our own home.

By recognizing the value inherent in women, and by recognizing the right to freedom we all are deserving of when it comes to how we want to practice our respective religions, we each take steps forward to making the world a more equitable place.

Photo by Artin Bakhan on Unsplash