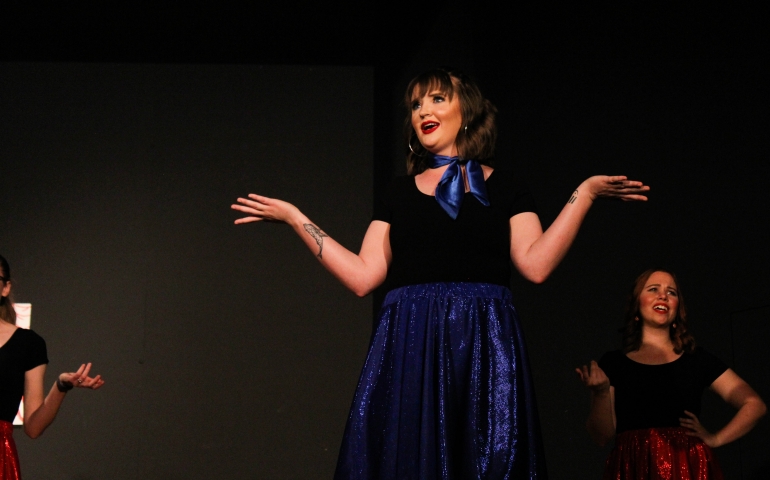 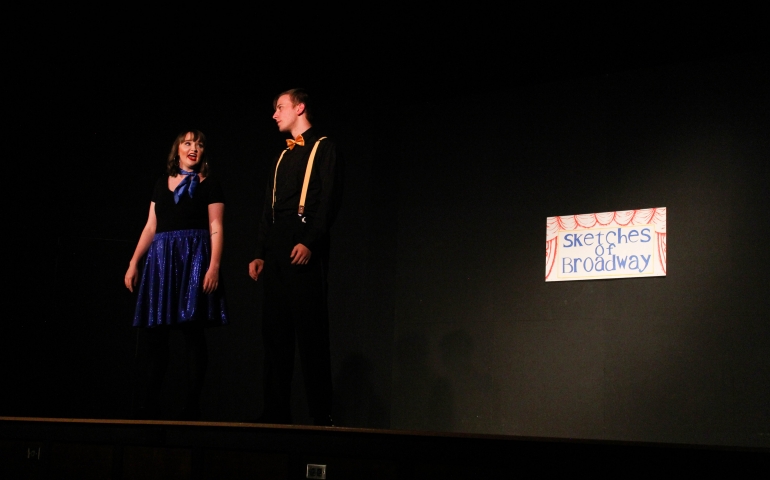 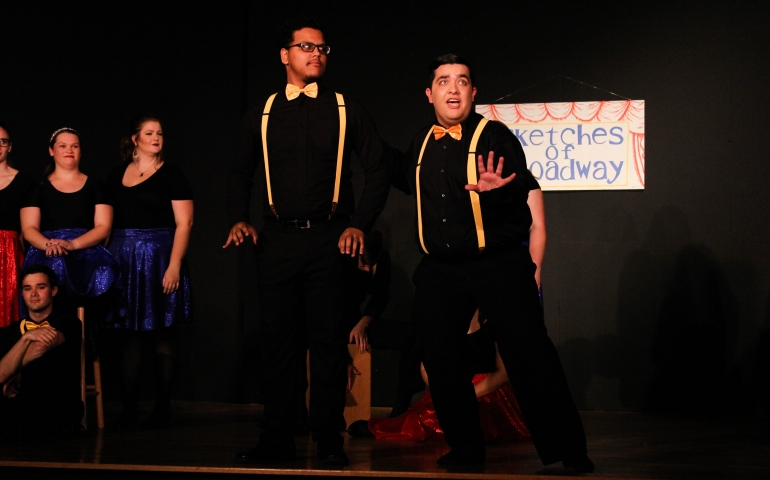 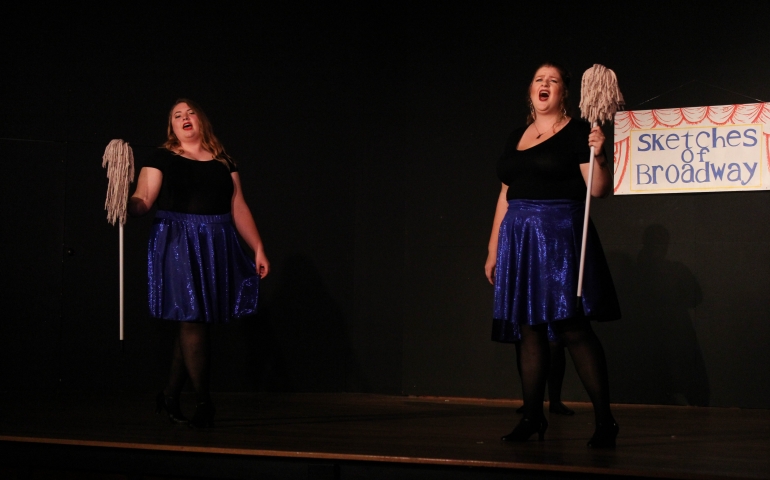 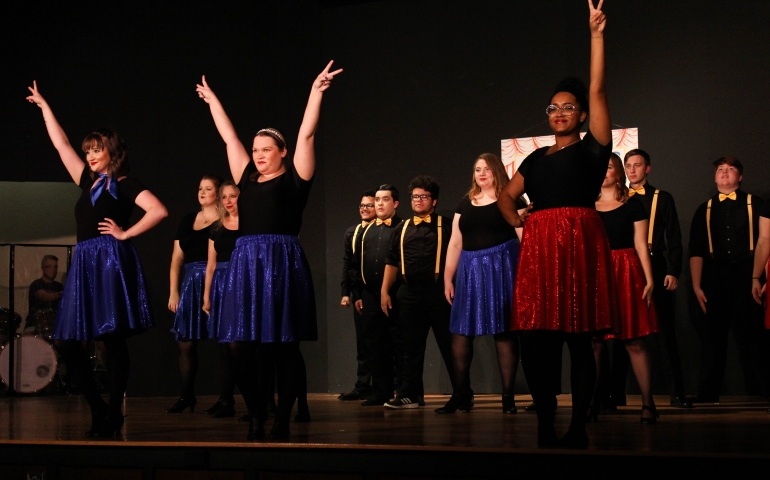 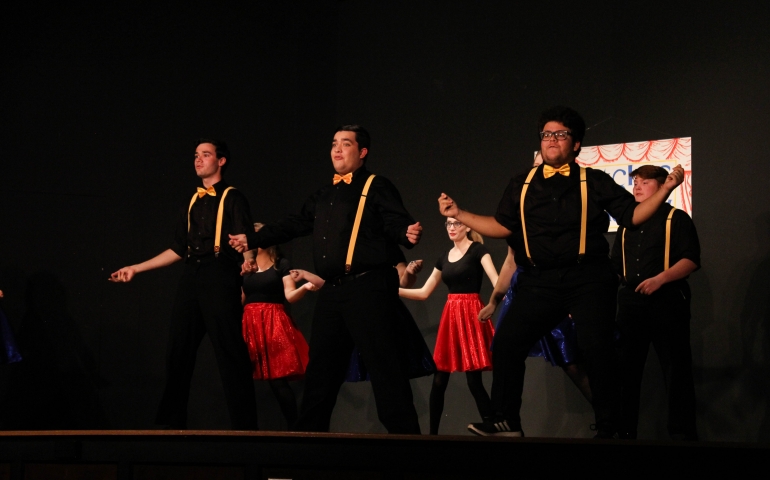 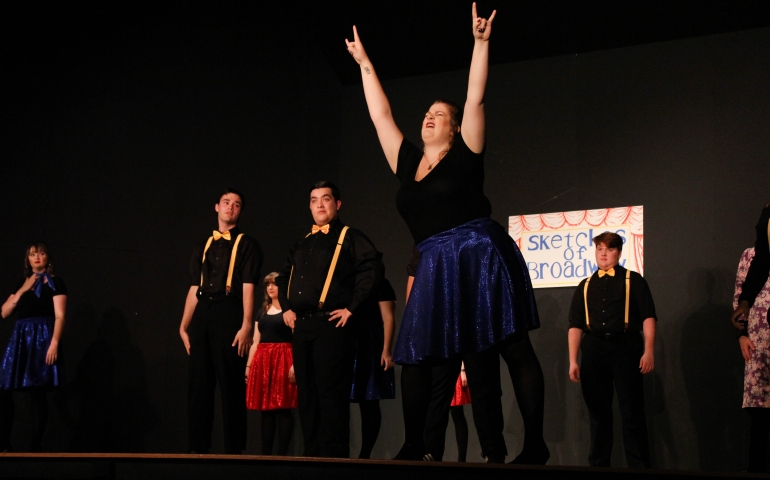 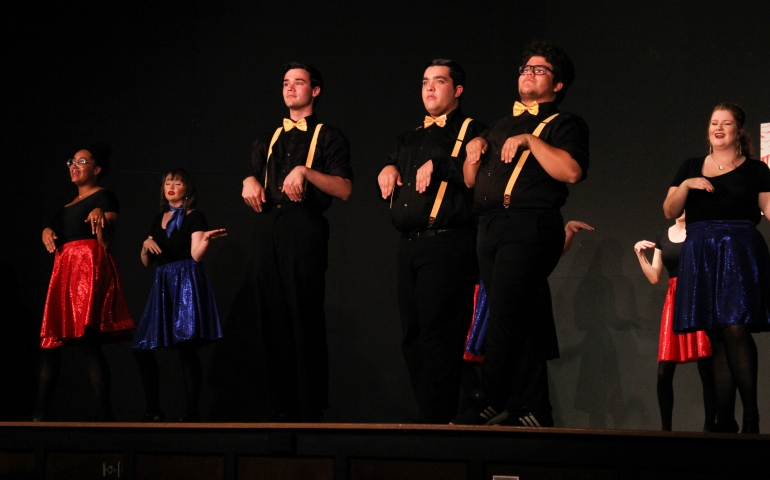 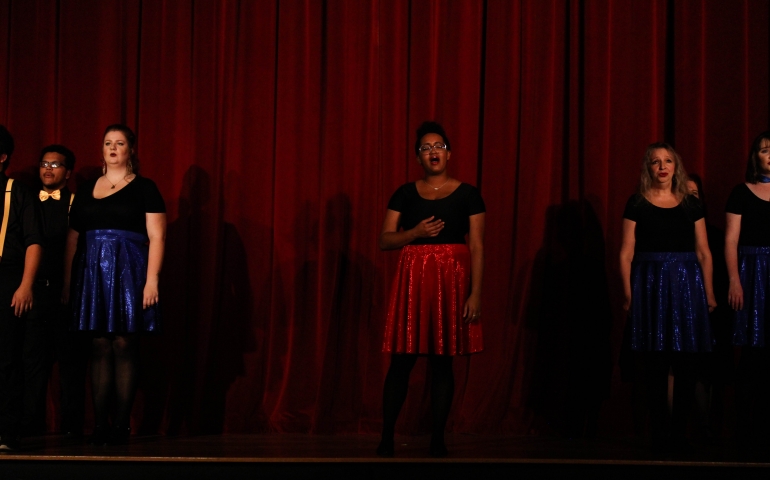 Every year, the Music Department at Southern Nazarene University (SNU) puts on a student-led production for the community of SNU. This year, senior Alyssa Flesher decided to create a production including acts and songs many of our favorite Broadway shows including, Oklahoma, The Little Mermaid, Hamilton, Fiddler on the Roof, and many more. It will be shown on October 13 at 7pm and October 14 at 2pm.

This tradition began a few years ago, Flesher saying, “A group of students got together… and now a student-led production has become an annual event. The theme tends to change every year, and this year, I went with ‘Broadway’ because I love musical theater.”

Flesher, the director, vocal director, producer and choreographer of the show, and the group of performers have been working tirelessly since the beginning of the school year to perfect this production. Abbey Roxby, a performer in “Sketches of Broadway,” talked about the intentional song choices, saying, “We chose songs that are easily recognizable and popular from shows that are both old and young, so there’s something for everyone.”

The flow of the show will look different from normal Broadway shows as there is no overarching storyline, but Roxby commented that she enjoyed this as a performer because “everything is really fluid, and it keeps us on our toes. From song to song, we’re different people and characters…”

While this formula is fun as a performer, Flesher and her team had to change some of the dialogue in order for it to make sense to the audience. Because of this, Roxby commented that they changed some of the dialogue to create a more cohesive feel to the show while also adding humor with the occasional poke at SNU.

Flesher shared her inspiration for the show is more than simply her love of Broadway but also the timelessness of musical theater, saying: “I comprised the show of songs from some of my favorite musicals that never go out of style. There will be songs from Oklahoma, Shrek: The Musical, The Little Mermaid, Annie Get Your Gun, the Lion King and man more.” It is this timelessness that makes this production fun and accessible for people of all ages.

Roxby talked about her experience of her involvement in the production and how important it is for outside students to come, explaining, “This show is important because it shows just how much students can accomplish on their own. We’ve had no help– it’s all on us. It’s been amazing to see what we can do when we work together and move as one (dance pun intended).”

Looking for a fun activity to do on Saturday night or Sunday afternoon? Sketches of Broadway is a great way to support fellow SNU students while also enjoying a “fast-paced” and “genuinely funny” show. The show will premier on October 13 at 7pm and October 14 at 2pm, and a simple $2 donation is requested but not required.