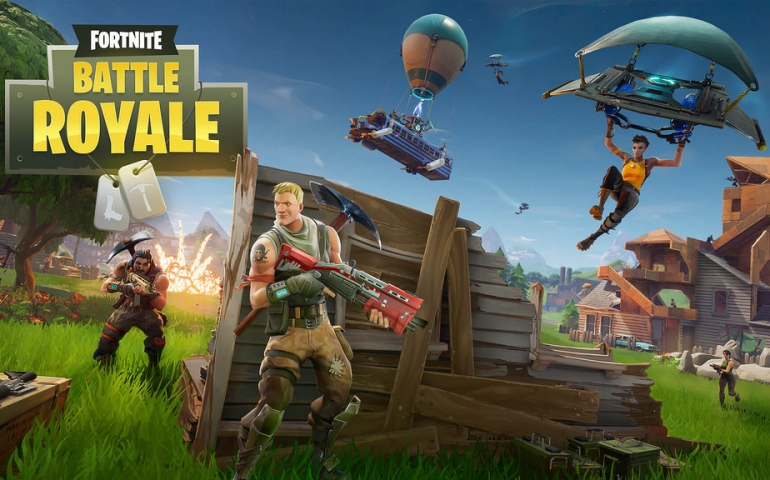 The new phenomenon known as Fortnite has seemingly swept the nation and amassed a huge following overnight. For those that don’t know, Fortnite is a battle royale game similar to something that’s reminiscent of the Hunger Games. It pits 100 people against each other in a colorful and competitive environment in a variety of game modes where you can team up or be the last one standing.

Fortnite was originally a game that was supposed to be a player vs. environment where you save the world from zombies (released July 2017). However, when Epic Games saw the success that other battle royale games had, they decided to modify their current map to host this change (updated September 2017). This is not unheard of and there are others that have replicated this formula, but this time there’s two major difference: it’s free and it’s available across multiple platforms.

Never has a game created a following so big, so fast. Not even six months after its release it has already gained a following of over 45,000,000 people and that’s not including the mobile downloads. The risky business move of having a free game seems to have paid off with in-game purchases being the source of its revenue. The latest released figures have pegged Fortnite with a monthly income of around $126,000,000. In comparison, its first month of release it earned $25,000,000.

The profitability of the company has spilled over into other sectors. The amount of YouTube views related to Fortnite reached 41,000,000 in one broadcast. This success can be seen in individual “YouTubers” like Ninja. Ninja is a veteran pro-gamer that caught the early wave of popularity from the game’s success. He can be seen with various stars (most notably Drake) which not only broke records for the most views of a game on Twitch but also bumped up his monthly income to somewhere around the million dollar range (reserved figure with a possible $4-8 million per month).

With all this hype behind, it’s going to be a while before the number of players finally peaks. These figures previously mentioned are expected to climb, especially with the release of the original “Save the World” game coming out free sometime this year.

For a quick look at the battle royale click here

For tips and tricks on how to win click here