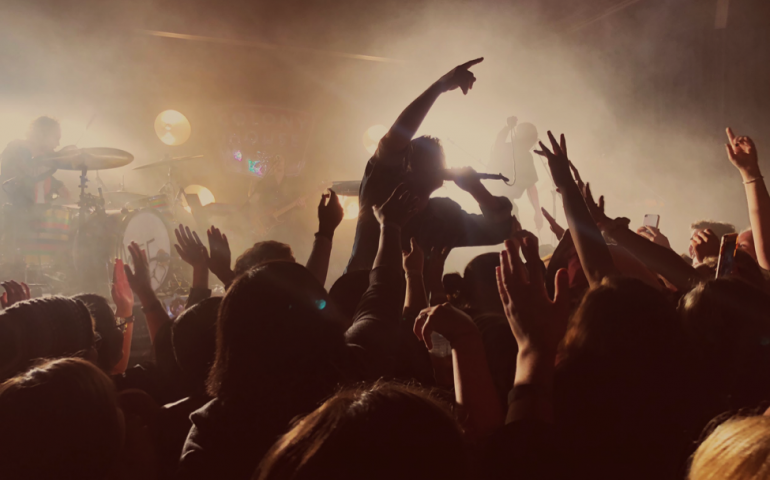 American indie rock band, Colony House and their opening band, the New Respects know how to put on an incredible show.

On October 19, the two bands performed in downtown Oklahoma City at the Jones Assembly which is a smaller venue, creating a more intimate experience between the fans and the bands. I was not very familiar with any of the songs and if anything, I was expecting to just have a fun night with my friends. Little did I know, this would be the greatest concert that I had ever been to.

The New Respects are a mixture of rock and soul that can get even the dullest crowd to start grooving. The high energy that they bring to the stage is hypnotizing and will make one forget that they are only opening for Colony House.

After the New Respects, the crowd was alive, but no one expected the electric energy that Colony House brought to the stage. The connection that one feels to this band when watching them perform is unique and hard to come by. The passion and love that they have for music is very evident as they leave it all out on the stage.

When I asked SNU Alum, Libby Frees, what she thought about the concert, she said, “The Colony House and the New Respects concert blew my socks off. I had seen both bands live before, and while they sound great on their records, nothing compares to hearing them live. Not only do they entertain you, they also make you feel like you’re their long, lost friend. It was without a doubt the funnest show I’ve ever been to.”

Is it even a concert if one of the band members doesn’t crowd surf? I have always wanted to experience this, and by experience, I mean touch the famous person that is crowd surfing, and during this concert, it finally happened. The drummer and I held hands as the crowd helped him make his way back to the stage. It was magical– not to be dramatic, I think we fell in love.

Cheyann Reynolds, a senior at SNU, commented on the show, saying, “The Colony House concert was phenomenal. After the show, I got to speak to the opening band, the New Respects, while they were just hanging out. We also caught the drummer of Colony House as he crowd-surfed, so that was really cool, too! It was definitely a night to remember in OKC.”

Be on the lookout for these amazing bands and I encourage that even if you do not know the performer very well, go to the concert anyway. You never know: you might have the time of your life.