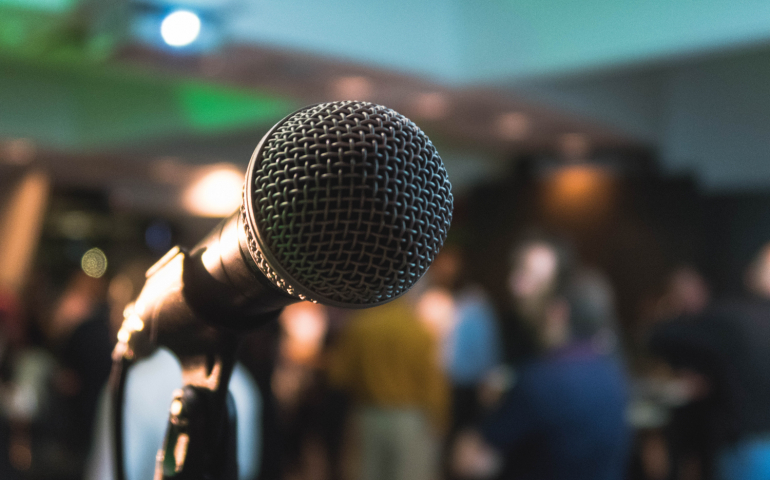 After six years since releasing her album “25,” fifteen-time Grammy winner Adele is back with her long awaited fourth studio album “30.” Since the release of her last album, she has experienced the challenges of divorce, coparenting, and weight loss.

In promotion for the album, CBS aired “Adele: One Night Only” concert special that was recorded at the Griffith Observatory in Los Angeles on November 14th. There she performed classic hits such as “Someone Like You,” “Hello,” and “Rolling in the Deep.” Adele also debuted three new songs from her latest album: “Love is a Game,” “I Drink Wine,” and “Hold On.”

During the special, there was an exclusive interview with Oprah Winfrey. When asked about what gives her the courage to be able to fall apart in a culture that is a “gotcha culture,” Adele said, “There were moments when I was writing the record when I thought ‘that might be a bit too private’ or ‘that might (reveal) too much about myself’. But nothing is as scary as what I have been through over the last two or three years behind closed doors.”

In 2019, Adele filed for divorce from her ex-husband, Simon Konecki. What makes this album unique is that it was written in real time as the divorce was happening. Winfrey commented on this fact by saying that listening to this album sounded like Adele “literally opened up her soul” and that it sounded like “pain was a muse” for the artist. Even though the majority of her songs are about the divorce, today there seems to be no hatred between them as Adele says that she still trusts Simon with her life.

In the interview, Adele says that she dedicates the album to her son, Angelo so “he could learn who his famous mother really is.” She continued to say that she felt guilty for choosing her own happiness over saving her marriage for her son. Adele says, “the whole album is not about him, it is about me and I just wanted him to hear me talking madly deeply about who I am and how I feel.”

Personally, the album was definitely worth the wait. Not only are there beautifully heartbreaking ballads but there are also soulful and upbeat pieces that are absolutely mesmerizing. This album perfectly encapsulates her feelings of heartbreak through her unmatched songwriting skills. If you are looking for an album that will take you on an emotional journey, this is the one for you!

Photo by Kane Reinholdtsen on Unsplash