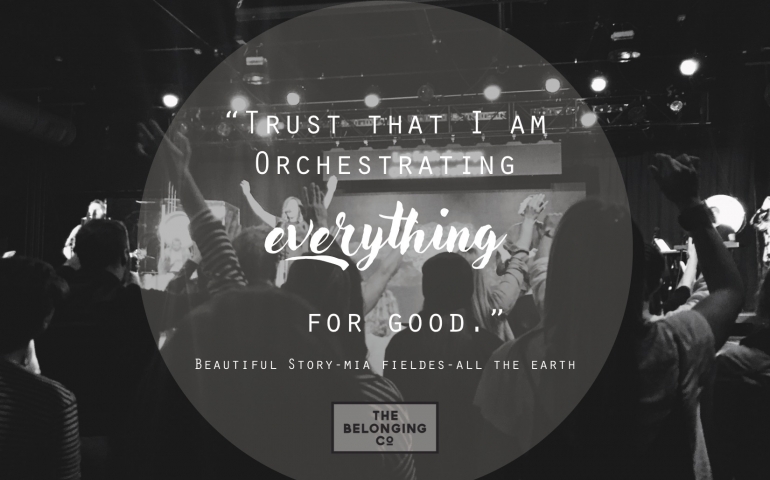 “Until I see Your promise come
God with all I am, I’ll keep believing
That You’re not finished yet.”

This is a lyric from “You’re Not Finished Yet” featured on the album All the Earth. This album, was created by a church in Nashville called The Belonging Co.

To get more insight on the church and the album, I interviewed the one whom we know and love: THE Libby Frees.

Did you know about The Belonging Co. before you went to Nashville?

Libby- “Yes. A couple years ago I just started following random Christian artists, well known and not. One time in particular Kari Jobe posted something about the church and Mia Fields, an Indie Christian artist who has written for Hillsong, also posted about The Belonging. So when Nashville became a part of my plan, I was like ‘Oh my goodness, I get to try this church.’ Initially, I planned to experiment with other churches, but I went once and it instantly felt like home. “

The church was founded by Henry and Alex Seely, who are originally from Australia, and a part of the Planetshakers Church (https://www.planetshakers.com/). They felt called to the U.S. in 2012 and settled in Nashville, where they began hosting worship in their home. Ten people soon became one hundred and eighty. So, The Belonging was born.

Libby said one time they went over the planned time in the service because they were in this moment of spontaneous worship. The pastor’s response in going over time was that “worship is not a warm-up for the message.” She said he often ended on the statement: “The service may be over, but church is not, go out and be the church.”

Do you think this album is transformative in the way we see worship?

Libby- “I feel like lyrically all the songs are just not your average worship songs. It is still stuff we know and is biblical truth, but is just crafted in a way that feels fresh.”

I asked Libby if she plans to introduce any of these songs in chapel, and she does hope to.

She implemented “Peace Be Still” last Thursday, which had a pretty good response for new chapel material.

On Monday night, there will be a worship night on Bracken lawn to kick off Compassion Week. Libby said she plans to include her favorite song from the album: “You’re Not Finished Yet.”

“For this time of life, this song reminds me that it is just the beginning. It is so encouraging because nothing seems certain and I’m just waiting on what to do.”

Overall, the album reflects this sense of living a lifestyle that encompasses the heart of what true worship looks like. Libby defined worship as “engaging our spirits with heaven and creating space for the Spirit of God to dwell.”

If you’re looking for some poppin’ new worship music, let your heart give it a listen, and rest in the truth and peace that the lyrics bring.

Libby gives All the Earth a solid 20 out of 2 stars.

Forget about the logic of that statement, and take her word for it.