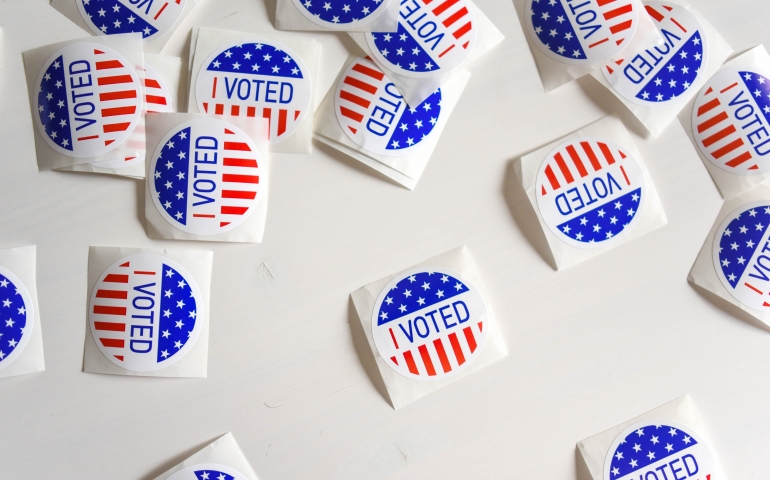 This past Tuesday was Super Tuesday. Super Tuesday is the presidential primary election in the majority of states where voters pick which candidates they want to receive their party’s delegates at the national convention. It is the first major voting day leading up to the presidential election in November. National elections are very important to the future of a country, yet not everyone has a chance to vote.

Polling places are open from 7:00 am to 7:00 pm. A normal workday is 8:00 am – 5:00 pm. This gives people who work these hours only an hour before work and two hours after to go vote. While these people do have time to vote, unfortunately, not everybody has these hours– voting for people who work multiple jobs or jobs with long inflexible hours can stifle people’s ability to vote.

This can also be an issue for many college students. Not only do most students have classes and other activities during the morning and afternoon, but students also have to vote at the polling place designated by the county that you live in.

Tell Cross, a freshman at Southern Nazarene University lives an hour and a half away from the school. I asked him how he would feel about having the day off to be able to go vote. He said “I would love that, I didn’t have the time to go vote on Tuesday because I had classes in the morning and practice in the afternoon. By the time we got done, I didn’t have time to get home before the polling place closed.”

I also talked to Marcel Martinez-Vargas. He believes that it is extremely important to vote because “when we vote, we are choosing to have a say in our politics, policies, and laws.” He also discussed that because he is an immigrant, he is not allowed to vote. He cannot wait until he’s a U.S. citizen so that he can vote, but until then, he is going to continue promoting voting to his peers so that they can share their voice.

The voting process is difficult to participate in for many in the United States, yet voting is one of the most important ways to get one’s voice heard. Having Super Tuesday off as a national holiday would not only promote a higher percentage of voting, but it would also help give everyone a voice. For now, as Super Tuesday is not a national holiday, there are other opportunities to give people who work long hours and students a voice that many know little about.

While many workers and students alike struggle to vote, many do not realize that they have another option: the absentee ballot. The absentee ballot allows people to participate in the system that generally would be unable to. If you are out of your home state during the time of the primary election in that state, you can sign up for an absentee ballot with as little as a week left until the election in most states. This ballot allows you to vote early and participate in the democratic process whether you are in your home state and capable of voting or not! To learn how to apply for an absentee ballot, use this link: https://www.vote.org/absentee-ballot/

(Photo by Element5 Digital on Unsplash)