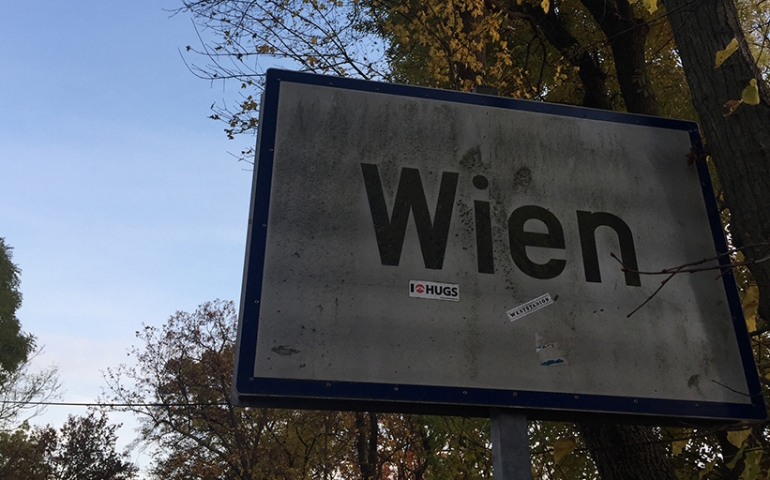 Our generation has an incredible opportunity to respond to the current refugee crisis. A refugee, as defined by the United Nations, is someone who has been forced to flee his or her country because of persecution, war, or violence.

In the last 2 years, more than one million refugees have fled the Middle East and Northern Africa into Europe in the desperate search for refuge. In 2016 alone more than 4,200 of these same refugees either are dead or missing due to the extreme measures required by their journey.

This crisis affecting millions of people has overwhelmed many European nations and is causing a major rift in both European and American politics. How we respond to this crisis will both change and shape the world going forward, and millions of lives depend on it.

While in Europe, I had the privilege of sitting down and talking with a victim of this refugee crisis. For safety reasons, my friend has requested that his or her identity and many personal details of his or her story remain unknown. In order to protect the identity of my friend, I will use the pseudonym “John.”

As is common in this migrant crisis, John’s story is incredibly unique and is not quite like what you might see on the news. One of the most fascinating, while at the same time troubling, aspect about this widespread crisis are the many different reasons that people are forced to seek asylum outside their home countries. The most recent and most heavily talked about is the Syrian civil war, however the story of my friend is much different.

John came to Vienna from Iran in search of asylum not too many years ago. In Iran, my friend came from an upper-middle class family and had a rather successful career that produced a good living.

It was at this point in their story that I thought to myself, “Well this doesn’t sound like a life worth running away from at all.” It was in that exact moment that my world turned around.

John said to me, “What really is your life if you cannot choose even the most basic and fundamental things for yourself?” I then proceeded to ask John why he came to Austria. My friend responded with one word, “freedom.”

The Iranian government limits all manners of individual liberties that we in the United States take utterly for granted, such as freedom of speech and religion, press and assembly and so many more. All of these things I already knew. Similar to many Americans, I was well aware that Iran was one of many places in the world that does not afford its people the liberties my country affords me; for some reason, this time it was different.

John continued to explain the process of seeking and obtaining political asylum in Austria — note that every European country has its own policy and methods of dealing with this crisis. When a refugee arrives in Austria, they must wait for their asylum interview to find out if they will be granted asylum and thus can stay. However, this interview may take up to months and in some case more than a year to obtain.

Until then, a refugee is ‘provided’ housing, a food stipend, and roughly $50/month. Unlike many refugees that arrive in Austria, my friend arrived completely legally and with all of the proper documentation. John explained this was something of a rarity for asylum seekers coming to Europe, and it gave it my friend a great advantage.

Once a refugee is processed into the system, they are then ‘provided’ with mandatory refugee housing, just outside of Vienna. John described this  place as a large apartment complex full of people from many different cultures, religions, nations and backgrounds. While John did not need this housing, as he came with plenty of assets of his own, the Austrian officials informed him he would be staying here until granted asylum.

This housing was everything but pleasant for John. Picture people from all kinds of difficult situations forced to live side by side one another, with very different values that many times are in direct conflict with one another, not allowed to work, and left with nothing to do.

This was a situation that John avoided as much as he could, so he became involved in a local community group, took up running, and began taking German courses to try and engage in this new city, while escaping the “house of depression and turmoil” as he described it.

Luckily for John, the asylum interview came early, and my friend was granted full political asylum. This enables him to find his own place to live and work as he chooses. John held a few jobs in Vienna since being granted asylum; though his inability to speak German fluently has kept him from being able to fully do these jobs, he instead chooses to focus on completing German and returning to the workforce.

John told me that it is his or her dream to one day become a dentist here in Vienna. I asked him or her what made him or her want to stay in Europe, and what he or she enjoyed most about it. John responded, “Freedom. Europe allows me to be anything, say anything, and do anything I want with my life. This is why I came here. Here I can finally fulfill my dreams.”

Amazed. Humbled. Grateful. Heartbroken. These feelings filled my heart as I sat opposite from someone who has been through and given up so much; someone that I am now lucky enough and honored to call a friend.

What struck me about this conversation with John is the remarkable number of times that my friend used the word “dreams.” John was enamored with the concept of following one’s dreams and living one’s life in whichever way one so chooses.

What amazes me the most about the experience of my friend, and many others with similar stories, is just how familiar it sounds. It sounds much like the stories that many Americans hear about our ancestors; stories of people that have literally died trying to cross seas, borders, military lines, all trying to reach freedom for themselves and for their children.

I think about my life, and how different it would be if I could not choose what I could say, think, be and, the greatest of all, how I could worship. I am afraid that in the 21st century so many Americans, myself included, have become completely numb to both the concept and the importance of freedom and all that it enables us to do and be.

What John understands is that being able to openly worship the one true God is worth giving up a career, a loving family and an entire life. This is what we say when we decide to follow Christ, and He becomes everything important and everything else is worth giving up.

As I reflect on my own life, I am not sure that this is how I live. Do I live with this kind of boldness for my God and appreciation for my freedoms? Would I be willing to leave everything I know and love behind to follow Christ? Or more appropriately, am I willing to stand up for freedom around the world rather than enjoy my own with no thought to those around me? I am forever changed because of my friendship with this brave Iranian Christian, and it is my hope that my life will reflect it.

This article is by no means a political statement or persuasive piece about foreign policy. It is my hope, and the hope of my friend, that by sharing this experience my friends at SNU, and eventually the world, will begin to think of this crisis as a crisis for freedom, dignity, and human life.

You will notice that I offer no political solution or endorse any political idea proposed by any politician in this article. I do not wish to sway your opinions on coming to a solution. I only wish to help you understand as I have just begun to that in order to solve any real problems in the world, we must see people as people and not statistics, nor a political nuisance or a drain on the economy.

[author image=”http://echo.snu.edu/wp-content/uploads/2016/11/IMG_1297.jpg”] Luke McGrath, Guest Writer
Luke is a Global Studies major at SNU and a Political Science minor. He is from Oklahoma City, and is passionate about the Oklahoma City Thunder, all things politics, and anything having to do with the United Kingdom. [/author]