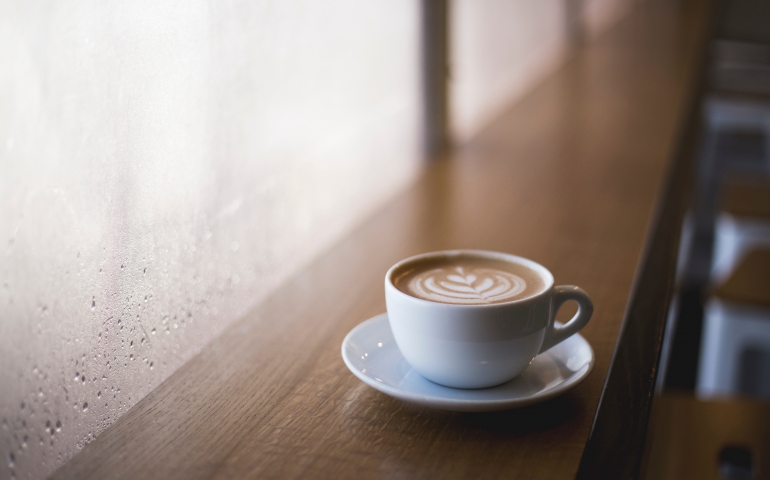 August 28, 2018 marked one of the best days of the year: the return of Starbucks’ pumpkin spice latte. Those enthused with coffee, pumpkin, or anything that tastes like fall understand that this year was particularly historical as Starbucks released the legendary drink earlier than any previous year. The coming of the pumpkin spice latte marks the important transition from summer into fall.

Living on the other side of the pumpkin spice latte craze, Starbucks barista and student at Southern Nazarene University (SNU), Clayton Elliott, talked about his experience serving the drink rather than drinking it: “When it first released, every other customer was asking for the pumpkin spice latte… it’s crazy.” He goes on to say, “People don’t realize that it’s a syrup, and it gets everywhere… I wash my hands and they come out orange.”

While Elliott’s experience serving the pumpkin spice latte is associated with hectic drink-making and stained hands, he also discussed his personal opinion of the drink, saying, “Before I was a barista, I enjoyed pumpkin spice now and then. I don’t know how often I will now because it’s constant pumpkin spice all the time.”

His advice to non-pumpkin spice lovers is simple: “First, get right with God… You don’t know what you’re missing out on. Keep trying it… it’s one of the closest things to heaven that you can experience on earth.”

McGuire goes on to describe the drive behind his passion, explaining that the ambiance and the scarcity of the flavor makes it more enticing. Having the ability to wear a sweater and sit outside while crunching leaves becomes a part of the flavor palette altogether; pumpkin spice is not simply a flavor, it’s an experience.

While it may not feel like fall outside yet, Starbucks allows us to feel fall in our hearts with the return of the pumpkin spice latte. According to Elliott, many people are ordering their pumpkin spice drinks with ice as a way to compensate for the disappointingly hot weather. As fall approaches, sweaters begin appearing and leaves start changing colors, and pumpkin spice lattes are simply the cherry on top.

(Photo by Kari Shea on Unsplash)