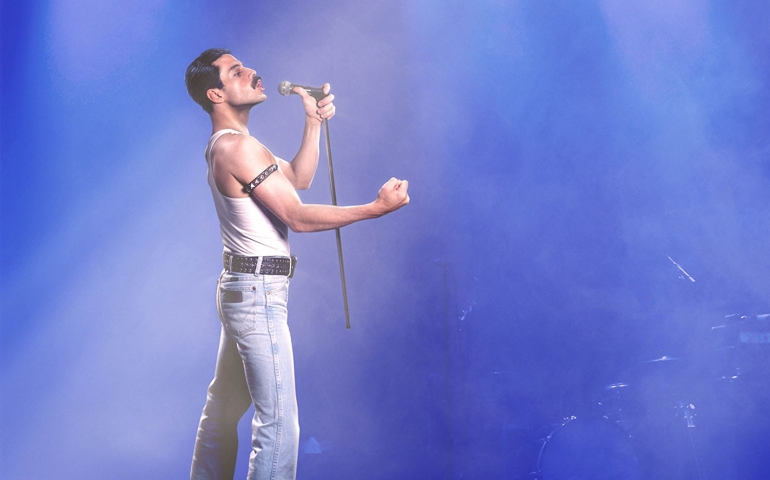 It is guaranteed that if you have ever been to a sporting event, then you have heard a song from the band Queen. Led by frontman Freddie Mercury, Queen created multiple famous anthems played in stadiums around the world, such as, “We Will Rock You,” “Another One Bites the Dust” and “We Are the Champions.” This past week, the movie Bohemian Rhapsody was released in theaters everywhere.

The movie has been doing well since opening in the U.S. To this point, Bohemian Rhapsody has grossed over $50 million, and many people gave positive reviews. Teresa Brinkmeir, an SNU football fan in attendance at Homecoming this past weekend, mentioned, “I saw the movie Friday night. If you love Queen, you’ll love this movie.” 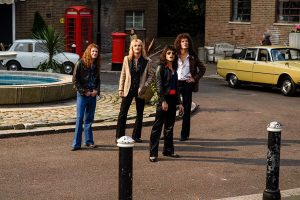 Though not completely factual in all events, the movie is extremely entertaining. Bohemian Rhapsody is a biopic that covers the history of the band, Queen. It focuses on the rise to stardom of the band, highlighting both highs and lows of the popular group. It also delves into the background of the band’s lead singer, Freddie Mercury, and his life’s journey.

The movie is amazingly produced. The experience is like a music video on steroids. It involves the audience in an unusual way. There are scenes in the movie where you are surrounded by the sounds pumping through the sound system and viewing the large crowd on the screen, which make you feel as if you are on the stage with the band. 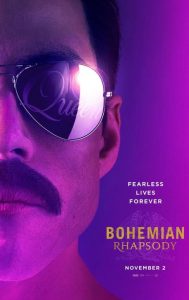 Having seen this movie in an IMAX theater, the experience of the IMAX sound system was tremendous. During the concert scenes, the film resembled the type of sound that you would be exposed to during a live concert. There were multiple songs that were sung along with from numerous viewers during the movie.

Additionally, the casting of the movie is outstanding. The actors portraying the band members are almost a mirror image of the actual people. It is astonishing how close and realistic looking they are in resemblance to the originals.

If you are a fan of Queen, I highly recommend seeing this film on the big screen. Even if you are not a fan of Queen, this film will entertain you for hours with the tremendous story and music of an iconic band. Go see this movie. The prediction is that it will rock you.