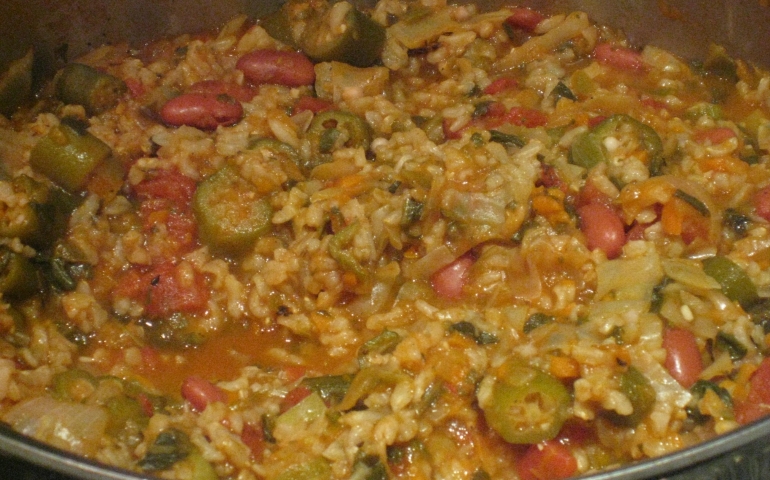 Most of the time, it is mainly my decision as to where I will go to review a restaurant. This time was an exception to that rule. My suite mates, Mickey DeMarzo and Brandon Hart, had mentioned Cajun King several times in the previous week. They were very happy with the food there and kept telling me that I had to go try it for myself. It took some convincing, but I finally gave in to their requests.

According to Brandon, the owners of Cajun King had a restaurant in New Orleans, but it was taken out during hurricane Katrina. After that tragedy occurred, the owners then moved their restaurant to Oklahoma City. That being said, the food here is very authentic. This is obvious upon entering.

The smell of spices and seafood is amazing in this place. The building itself is somewhat small on the inside, but this isn’t much of a factor if the place isn’t crowded. Mickey, Brandon and my roommate, Nathan, visited on a Sunday after church. Long story short, it was very crowded. The food stayed supplied the whole time, but it was clear that the staff was feeling the heat.

We arrived just before the big lunch rush came, so we were seated just fine. If you’ve never visited before, the buffet can seem a bit congested. It’s not like a normal buffet where everything is on five or six different serving tables, but rather it’s a one-way road. A good comparison would be CiCi’s pizza, except in a smaller space with a lot more people crowded around. Some things like crowded buffets are easy to ignore if that is the only thing that is a bit off. However, it was not.

As far as I know, all the other restaurants I’ve reviewed have had excellent service while I was there, whether it was crowded or not. This was the first restaurant I have been to that was the opposite. My drink was given to me when we first sat down, but it was not refilled until towards the end of the visit. I had to flag the waitress down and ask for a refill. This usually isn’t a bad sign when the place is crowded, but what was not ok was the fact that she seemed a bit short with me for simply asking for a refill. It was the same for Mickey, Brandon and Nathan as well. I expect the service to be slow when it’s busy, but rudeness is never alright with me.

Despite the service, everything else here was great. The food was spectacular and really tasted perfectly authentic. The seafood was the best part of their buffet, but they also served gumbo and any other classic Cajun dish you can think of. The cost of a meal is around $13, so a bit high for a college budget.

If you can go when the place isn’t too crowded, then I would highly suggest a visit. If you arrive and there is a line, then the wait won’t be worth it. Cajun King is located at 5816 NW 63rd St. This is one restaurant that I would ask you to use your own judgment as to visiting or not.