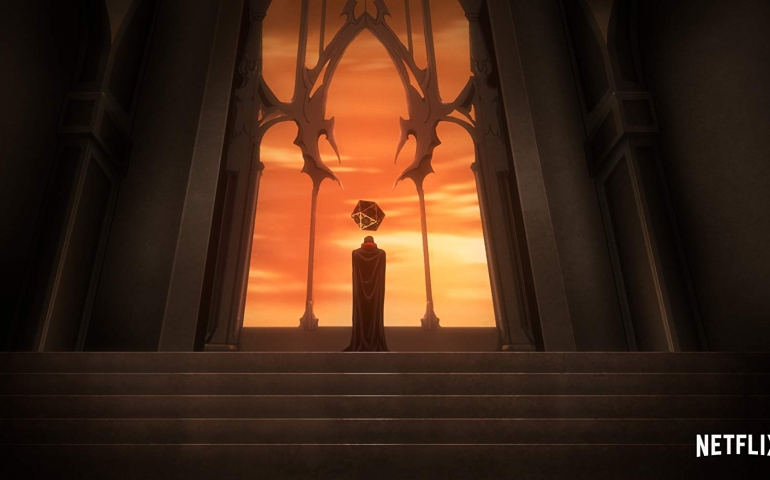 Netflix’s Castlevania debuted nearly a year and a half ago in a surprising and explosive first season. Based on the video game series of the same name, the show focuses on a vampire hunter determined to put an end to Dracula’s reign of terror. The series was an instant hit with its only criticism being that it was too short.

Last week, the series returned for a second season at double the length of the first. As you can guess from the title of this article, this was a mistake. The first season’s brevity meant it never outstayed its welcome and felt fresh from beginning to end. The second season was a chore to watch.

In the beginning, the show was dark and edgy while still feeling appropriate for the events that transpired. The second season tries to replicate that same feel but does so poorly. The first season’s darker elements come about organically while the latter uses cheap and gratuitous gore and vulgarity.

There is a right way and a wrong way to implement gore in a series. Devilman: Crybaby, another Netflix original series, uses extreme violence as a way of creating an ominous sense of inescapable peril. Devilman uses sequences of gore and savagery as a foil for its otherwise soft and satisfying art style. This gives those more intense scenes more weight.

Castlevania, on the other hand, uses gore and profanity as a way to distract from how little is actually happening in the show. Compared to the first season, this one is a slow burn, even painfully so. Every so often, a character will die in a ridiculous fashion with little build up in a way that feels cheap and immature.

The rest of the article contains spoilers for season 2 of Castlevania. If you care about that sort of thing, stop reading here.

The entire conflict of the series revolves around Dracula’s desire to end mankind as he feels humanity contains irredeemable evil. The viewer is meant to side with the human characters in the series simply because the viewer is, presumably, also human. Throughout the series, however, humans are only depicted in a way that makes it difficult to not side with Dracula.

While cliched, the protagonist of the series, Trevor Belmont, was the most likable part of the first season. He provided personality and comic relief in an otherwise bleak setting. Throughout the first half of the second season, he has around 10 minutes of screentime. Instead, the writers shifted their focus to Dracula and his army of vampires.

This decision would have been welcomed if it did not mean completely neutering the ominous villain that had been built up throughout the first season. In an effort to keep the vampire king grounded, the writers introduced another evil vampire that attempts to trick Dracula into an unnecessary battle that will cripple his forces. This subplot takes up the bulk of the season and is mostly just scenes of animated vampires arguing with one another.

What keeps the viewer going is the promise of an explosive climax to both the main plot and the vampires’ subplot. Instead, the series comes to a head in a disappointing deus ex machina. One of the human protagonists accidentally ends the entire narrative using poorly-explained magic techniques. Finally, the main characters fight Dracula face to face in what should have been the season finale.

The most painful 20 minutes of the series is the final episode. The entirety of this episode is spent setting up the next season in the most long-winded way possible. The characters that should have received more focus earlier in the season are now the center of attention in a ham-fisted attempt to make the audience care about them more.

Overall, the series is hit-or-miss at best. While the first series was brief and thrilling, the second managed to make its three-hour runtime feel like an entire day. Any redeeming qualities the show maintained through the season is overshadowed by its frustrating pace and mediocre payoff. If you want to save time, watch the seventh episode and call it quits.