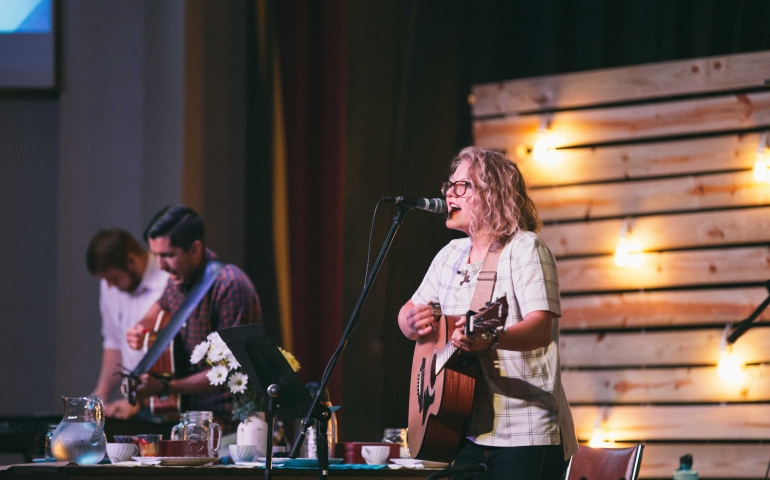 Every year students at Southern Nazarene students are required to get 27 chapel credits per semester. According to the SNU webpage, as the only activity for which the total University community meets together regularly, “Chapel contributes significantly to seek to create and nurture a distinctive community based on Christian ideals.” It is because of this significance that SNU places such high value and importance on chapel attendance.

According to Banning Dawson, Associate University Pastor of Chapel and Worship, this is done so that the student body and school as a whole can “gather together as a community to spend time in worship, in prayer and fellowship.”

However, what most students are not aware of are the multiple opportunities they have to acquire these credits throughout the year. While chapel on Tuesdays and Thursdays at 10:50 a.m. is clearly the easiest and most frequent chance to get chapel credit, there are chances throughout the year to get credit as well.

This year, the first Thursday of every month is Kingdom Come, instead of every Thursday night like in years previously. Kingdom Come is held in Bud Robinson at 9 p.m. and is a student-led time of worship followed by a message. What several students coming together to meet every week once started, Kingdom Come is now an established time set aside for students to come, be recharged, worship the Lord together and receive a chapel credit.

Another opportunity for students to receive chapel credit is Solace. Solace is held in the prayer chapel on specific Fridays listed on the chapel schedule.

“The life of a college student is pretty chaotic and there is rarely time to sit and be still,” said Dawson. “The purpose of Solace is offering a separate space and a place and time for people to come and be in the presence of the Lord.”

Each Solace is built around different spiritual practices within the Christian faith such as liturgical prayer, singing songs, spending time in silence and reflection, Lectio Divina, imaginative prayer and communion to name a few.

Simply put, students at Southern Nazarene University should be aware of all the other chapel options available to them on campus, not just to earn their necessary chapel credits, but also to challenge and deepen their faith.