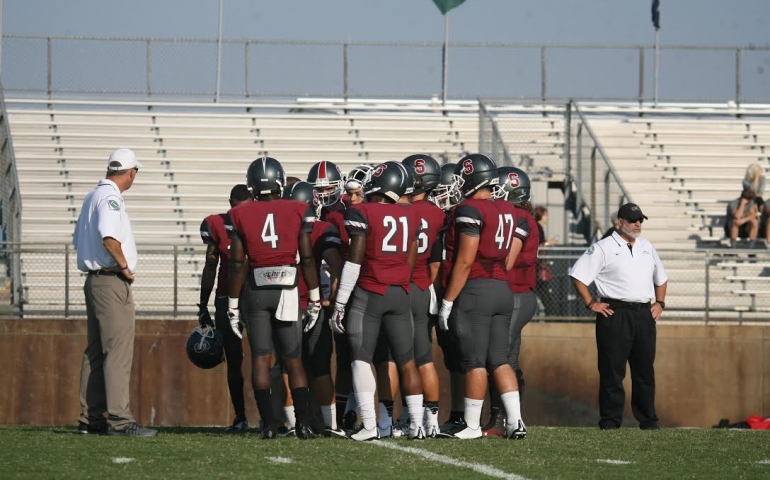 For the first time in 23 years, former Southern Nazarene University football head coach Mike Cochran has not and will not spend his late summer and fall on a turf field with college students. Instead, he is now part of the Christian Brothers Automotive franchise, owning a store in Oklahoma City.

“I first heard about Christian Brothers Automotive back in 2002, when a friend of mine from Olathe, Kansas recommended their services to me,” said Cochran during a phone interview. “In 2008, the franchise reached out to encourage me to become a part of their team.”

It was until the spring of this year, however, that Cochran seriously began to consider the opportunity. The opportunity came in the form of a location being brought up for sale.

“I was approached in April about buying this location,” said Cochran. “I started to pray about the opportunity, and God revealed to me that it was the right thing to do. It was a difficult decision because I had to network to find the correct people to hire.”

Cochran coached several years at Bethany College in Kansas and MidAmerica Nazarene before coming to serve as head coach for SNU. When asked about his favorite memories of coaching here on campus, he gave me several answers.

“I loved the atmosphere,” said Cochran. “The individuals everywhere on campus made it feel like a true community. One of those memories that included that community was when I took the seniors to Colorado on a lead retreat.”

As far as memories on the field, Cochran automatically referenced the 2011 season.

“My favorite game was when we won against Langston University that year,” said Cochran. “As a result, we were able to win the conference championship as well as secure a spot in the playoffs.”

Still having that coaching spirit within him, some of his final words to me involved giving me some advice for all students of the university, particularly those that want to start their own business.

“Be a life-long learner,” he said simply. “Learn from trailblazers. Most importantly, make sure that the people you surround yourself with have an emotional connection to you and you to them.”

Despite not being on the field this season, Cochran gave me a piece of encouragement to pass along to the university’s “boys of fall.”

“There is not going to be any bigger fan that will be rooting for them than me this year,” said Cochran.

For more information about Mike Cochran, go to http://snuathletics.com/coaches.aspx?rc=59.

[author image=”https://drive.google.com/thumbnail?id=0BzUPfa-vNtHwN2RXSGN1NDRxYjA&authuser=0&v=1409347068124&sz=w1248-h559″ ]Summer Howard, Editor-in-Chief
Summer is a junior English Education major and Christian romance author from Yukon, Oklahoma. She hopes to one day travel across Europe and have her own personal library. [/author]