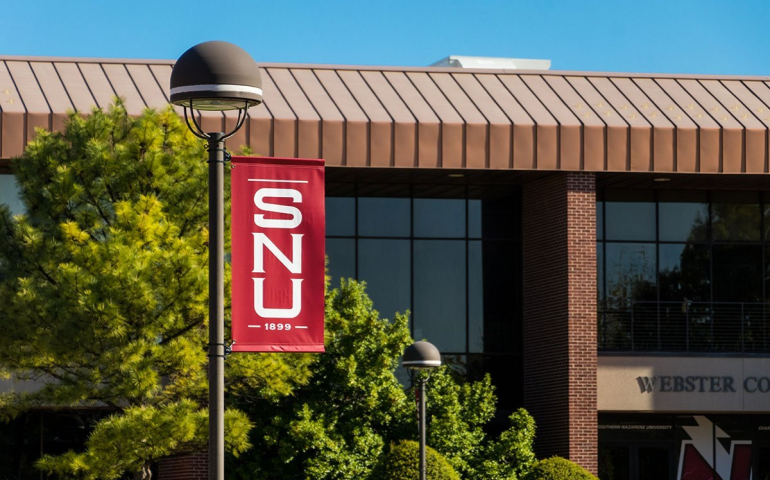 In my almost 4 years here at SNU, I have had the pleasure of living in almost every dorm available to female students. In this article, I intend to provide a guide to help anyone who is curious about which dorm is right for them by giving an in-depth pro and con list for Bracken, Hills, and Chapman.

Oh Bracken, my first home here on campus. This building has been around for a while, but despite its age, it has managed to remain in fair shape. Now, I won’t lie to you and say that it’s anywhere near as nice as Hills, but it has its charms. First off, the whole spiel they give you about there being a real sense of community holds up. You really do get to know your suitemates well, as well as your RA. It is also a great spot if you are an English, mass communication, or arts major, as it is as close as you can get to Herrick and the Fine Arts building; so if you’re like me and struggle to get around in the morning you won’t have to worry about rushing to class as much. Space is certainly a downfall, so if you require more breathing room I would suggest trying for a first-floor corner suit or another dorm. Parking can also be an issue. If you’re gone often on the weekends you may be pressed to find a close spot on a Sunday evening.

Hills is often seen as prime real estate. It is the newest dorm on campus and has the nicest interior. Unless you are in a freshman suit it’s spacious and has a living room and kitchenette which is nice on days when the cafe is disappointing. Its proximity to the Sawyer Center makes it ideal for athletes who need frequent access to the gym, and that short walk is a blessing before 6 am workouts. Class wise I would say that science and business majors have the easiest commute, though nothing is that far away on SNU’s campus. Hills is the closest one will find to the movie college-life at SNU besides maybe Snowbarger, the Lord only knows what goes on at SnowBarger. Lots of hanging out in each others’ rooms, loud noises coming from the hall, and smells coming from unlocatable places. However, I would warn that it is the most closely watched dorm on campus. It’s hard not to feel like someone is babysitting you at all times. Also, living in Hills means that you should expect to be standing outside in your pajamas at 3 a.m. while the fire alarm blasts your eardrum more than once each semester.

If your main issue with hills is the ever-present watchful eye on you, then Chapman might be the place for you. I would say that Chapman feels the most like an actual apartment. You have an outside door, a full kitchen, and the freedom to do more of what you like. However, it comes with the same problems as a regular apartment like the fact that it comes unfurnished. That means finding couches, tables, and anything else that you desire. Some see that as a con, but I think it gives the opportunity to make the space feel more like yours. The extended open dorm period is nice for when you have friends of the opposite sex that don’t have to leave in the middle of movie night. Chapman has more of a calm vibe, so that means that you are unlikely to hear someone running down the hall after midnight. However, you may hear the occasional person yell at their Xbox or Playstation. It is more isolated from the rest of the campus hubbub, but whether that is a good or bad thing varies between people.